Skip to content
HomeWorldZelenskiy at UNGA: We demand ‘just punishment’ for Russian crimes 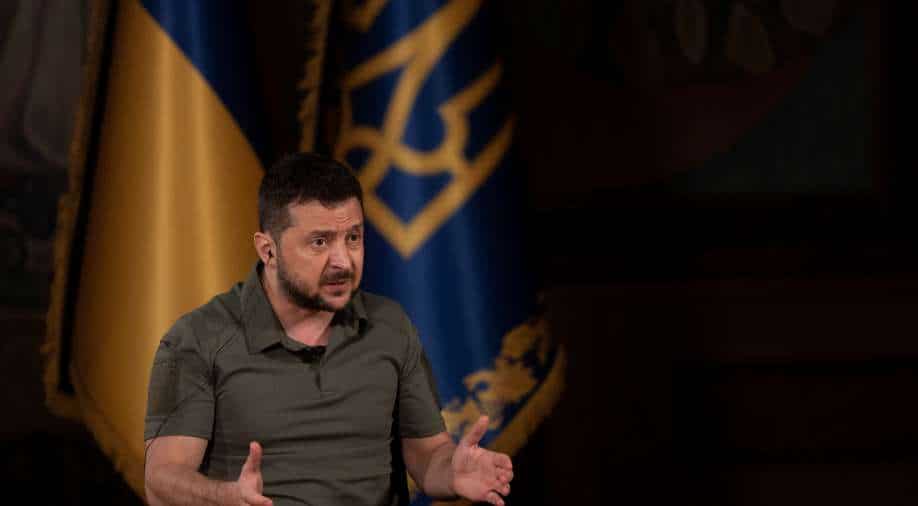 Volodymyr Zelenskiy, the president of Ukraine, stated before the UN on Wednesday that his country desired “fair punishment” for a crime Russia had done against it.

In a taped speech to the UN General Assembly, Zelenskiy stated that Kyiv had a five-point plan to create a lasting peace, but he rejected the idea that his former Soviet state should become neutral.

Additionally, he rejected all peace proposals other than the one put forth by Ukraine.

Zelenskiy stated that among his five non-negotiable requirements for peace were sanctions against Russian aggression, the restoration of Ukraine’s security, and assurances of territorial integrity and security.

“…This is the first item of our peace formula. Comprehensive item. Punishment,” Zelenskiy, wearing his trademark khaki tee shirt, told the assembly.

“Punishment for the crime of aggression. Punishment for violation of borders and territorial integrity. Punishment that must be in place until the internationally recognized border is restored.”

But he added: “What is NOT in our formula? Neutrality. Those who speak of neutrality, when human values and peace are under attack, mean something else.”

Also read | Money, pardon: How Russia is luring prisoners to fight the war in Ukraine

Ukraine’s constitution explicitly states that the country aspires to join the European Union and NATO. Russia declared that NATO membership for Ukraine was a “red line” that could not be crossed even before beginning its invasion in February.

Zelenskiy disregarded “that an other basis than the Ukrainian peace formula can be used for the settlement. It becomes increasingly unlikely that anyone in the globe will consent to join the Russian terror at a single table as it spreads.”

In various areas of the country they have occupied, Ukraine and its Western allies have charged Russian forces with war crimes.