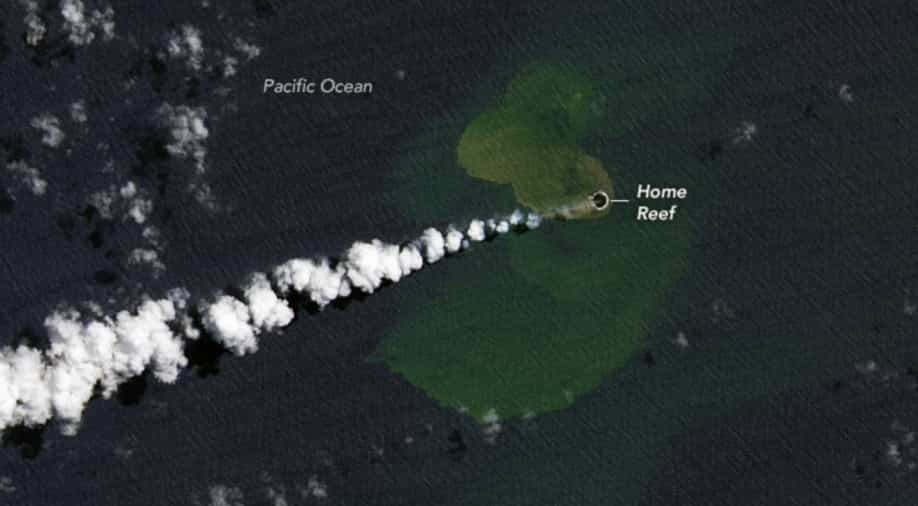 The geological office of the Pacific nation of Tonga reported that a volcano north of the country’s largest island has erupted eight times in the previous 48 hours and has advised ships to avoid the area.

In the last 10 days, the Home Reef volcano has erupted six times in the last 24 hours, spewing molten lava, steam, and ash at least three kilometres (nearly two miles) into the air.

The largest concentration of underwater volcanoes in the world may be found in the southwest Pacific Ocean along a seafloor ridge that runs from New Zealand to Tonga. One of them opened his eyes on September 10, 2022. The Home Reef seamount in the Central Tonga Islands has repeatedly released ash and steam plumes oozed lava, and coloured the surrounding water in the days following.

A new island emerged above the water’s surface eleven hours after the eruption started. On September 14, 2022, as plumes of discoloured water swirled nearby, the Operational Land Imager-2 (OLI-2) on Landsat 9 took this natural-colour image of the nascent island. Previous studies suggest that sulphur, volcanic rock fragments, and particulate debris are present in these plumes of superheated, acidic seawater.

The island was estimated to be 4,000 square metres (1 acre) in size and 10 metres (33 feet) above sea level on September 14 by Tonga Geological Services experts. The island had expanded to span 24,000 square metres by September 20. (6 acres). Southwest of Late Island, northeast of Hunga Tonga-Hunga Ha’apai, and northwest of Mo’unga’one are the new islands’ locations.

Home Reef is located in the Tonga-Kermadec subduction zone, where three tectonic plates are slamming into one another at a rate of convergence that is the fastest in the world. Here, the Pacific Plate is colliding with two smaller plates and sinking, creating one of the planet’s deepest pits and most active volcanic arcs.

Also Read: Asteroid five times faster than a hypersonic missile to fly past Earth on Wednesday

Islands formed by submerged volcanoes are frequently transient, however, can last for years. There have been four reported eruption periods at Home Reef, including occurrences in 1852 and 1857. Both eruptions in 1984 and 2006 produced ephemeral islands with cliffs that were 50 to 70 metres high. Small islands were momentarily constructed following both episodes.