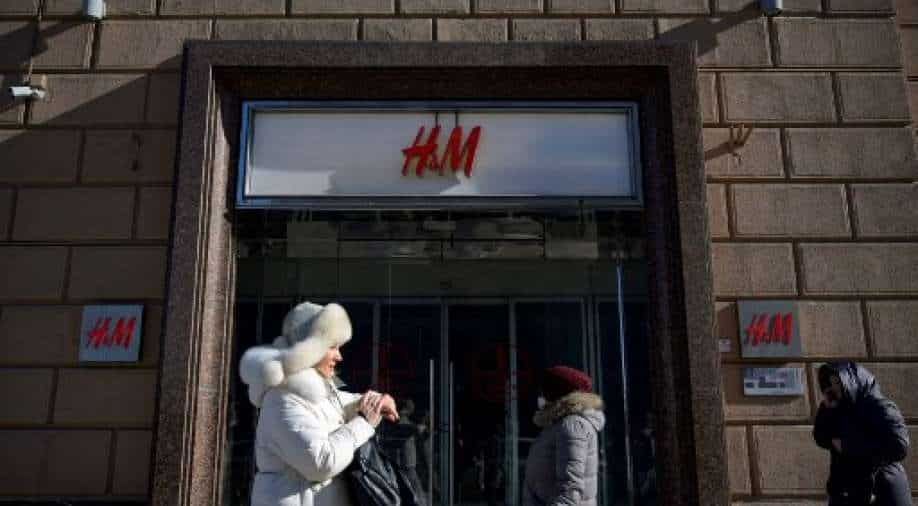 This week, when the Swedish clothing giant reopened its doors in Moscow shopping malls to clear off stock before leaving Russia permanently, long lines of Russian customers emerged outside the stores.

H&M stopped operating in Russia following the invasion of Ukraine on February 24 along with a number of other western brands, including Ikea, Nike, and Inditex, owner of Zara. However, last week, it reopened to clear off any remaining inventory.

As reported by the Guardian, exiting Russia, its sixth-largest market, will cost the business 2 billion Swedish kronor (nearly £170 million), and 6,000 employees will be impacted.

Footage shared on Telegram by the news outlet Baza shows long lines outside H&M stores in the Metropolis shopping centre and the Aviapark mall in Moscow.

Irina, a client, told Reuters, “Well, it is closing, that’s why we are waiting here.” “I’m going to purchase whatever is available.”

Ekaterina, an another shopper, said: “Unfortunately, the reason why all of this is happening is terrible. Everything else, such as how we’ll survive [without H&M], is worthless.

H&M made the decision to temporarily reopen its stores, while the Swedish furnishing retailer Ikea decided to start an online-only sale on July 5. It rents 170 locations in Russia and has operated them directly. After Spain’s Inditex, it is the second-largest fashion retailer in the world.

H&M acknowledged that there had been lines outside of its stores in malls and announced that the majority of its Russian locations would reopen in August or September. They will stay open “for a limited period of time until the majority of the remaining goods has been sold,” according to the plan.

After western sanctions were imposed on Moscow, H&M, which began operations in Russia in 2009 and owns clothing brands such as Monki, Weekday, and Cos, halted operations there in early March. It made the decision to leave the country permanently in the middle of July as the conflict raged on and moved to eastern Ukraine, following companies like Nike.

Helena Helmersson, the CEO of H&M, stated last month, “After careful analysis, we see it as impossible, given the current scenario, to continue our operations in Russia.” Regarding the effect this will have on the 6,000 employees of the company in Russia, the statement “We are extremely saddened” was made.

While H&M’s main rival, Inditex, has yet to decide whether to permanently withdraw from the Russian market, the US-based fashion store TJX and Poland’s largest fashion retailer LPP have decided to sell their companies there. It will keep an eye on the issue, its chief executive, Carlos Garca Maceiras, told shareholders last month.