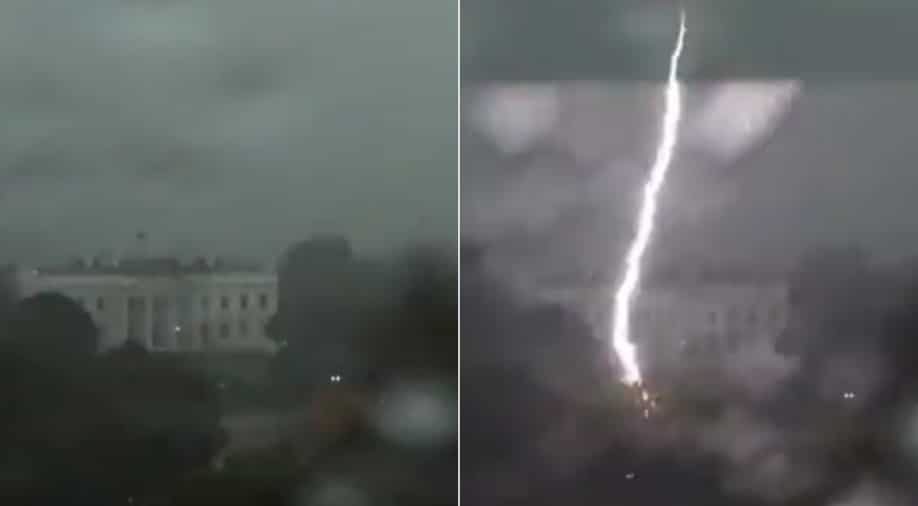 According to a statement from Washington’s fire and emergencies department, the lightning left two men and two women with “critical life-threatening injuries”.

Local reports mentioned that the victims were taken to the local hospitals. However, there is no update on their current condition.

ALSO READ | ‘You can’t switch off death’: The ‘chilling’ effect of the Russia-Ukraine war on Germany’s dead

Photos posted by the department showed that multiple ambulances were rushed to the scene.

As quoted by CNN, Vito Maggiolo, who is a spokesperson for DC Fire and Emergency Medical Services, said in a news conference Thursday evening: “All four were suffering critical, life-threatening injuries.”

Citing a law enforcement source, CNN reported that the victims were riding out the storm under a tree. Although, local reports said that the officials are still trying to find out whether or not the victims knew each other.

After the incident, part of the park remained closed and the emergency services were present at the scene.

The incident was captured on one of the cameras of FOX News.