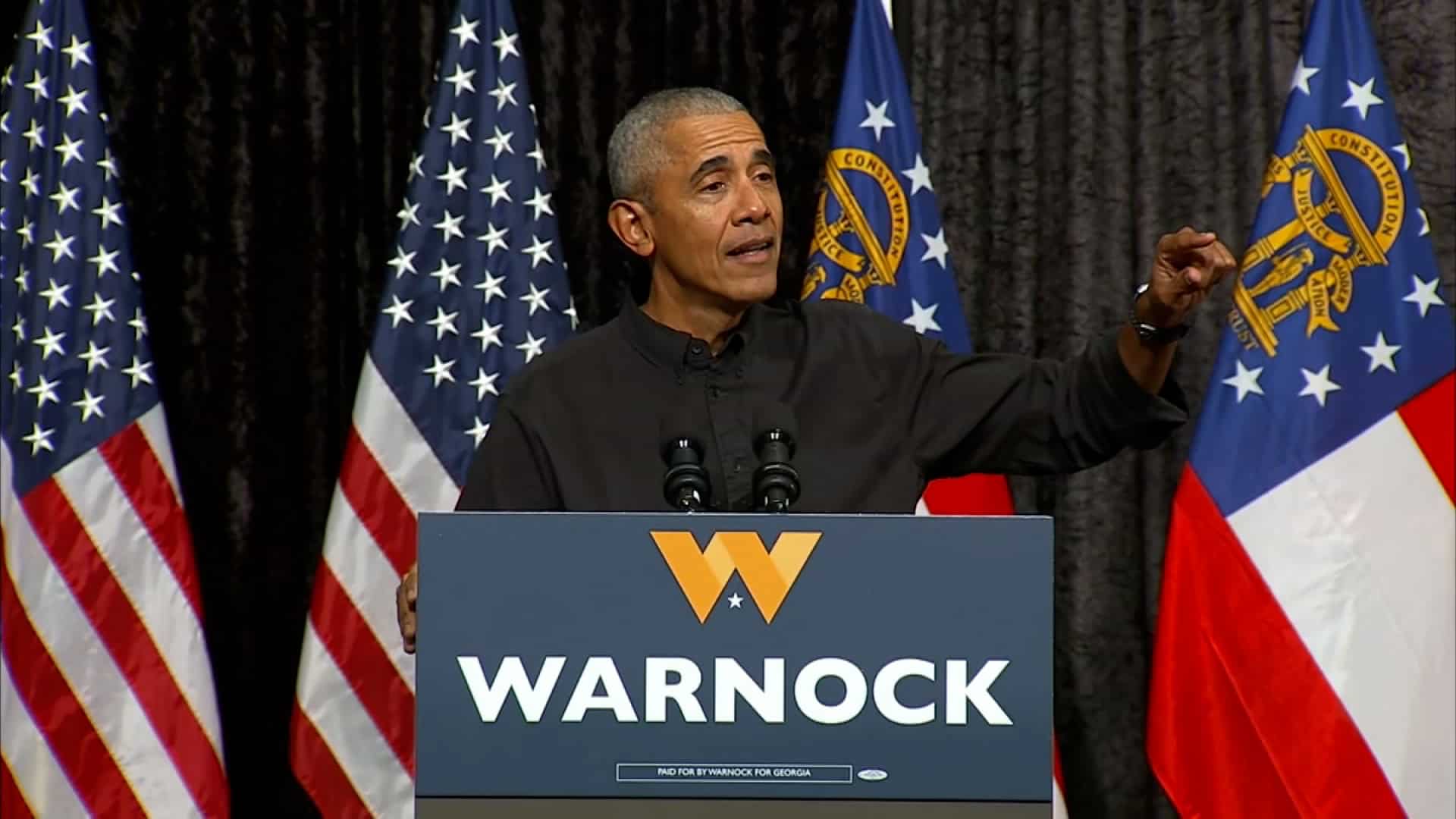 Barack Obama, the former president of the United States, paused his own speech in Atlanta so a four-year-old could say a few words. Obama and Senator Raphael Warnock pushed Democratic voters to continue pushing an apparent head start in early voting in the Georgia Senate race against Republican Herschel Walker as the former president spoke at a rally in Atlanta and was interrupted by a young boy, as per a CNN report.

Barack Obama repeated what the boy said, “You say, “We have got the power.” “That’s a four-year-old here. He is only four and he is making sense,” Obama added.

“When again and again you serve up bald-faced lies, that says something about the kind of person you are and the kind of leader you would be if elected to the United States Senate,” Barack Obama said.

More than 1.4 million votes have already been cast, despite Democrats’ all-out effort to win as many votes as they can.