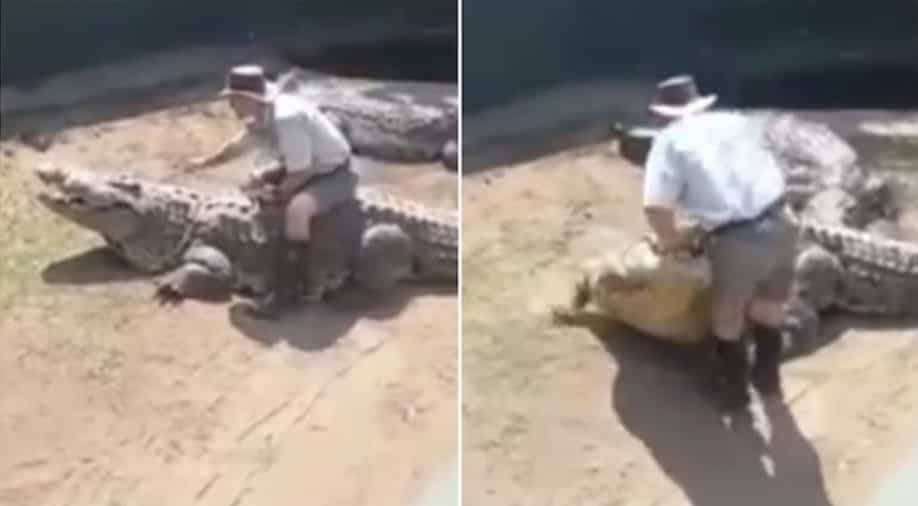 In a terrifying story from South Africa, a crocodile assaulted a park employee while a live show was in progress.

The zookeeper was severely hurt when the 16-foot reptile mauled him. We must forewarn you that the viral video of the same thing is awful.

According to a Facebook post by the Wild Heart Wildlife Foundation, the horrifying episode happened on September 10 at the Crocodile Creek farm in the KwaZulu Natal region.

Sean Le Clus, a zookeeper, was doing a live show among two crocodiles in a pit. Hannibal the crocodile, which he was perched atop.

The reptile attacked Clus on his thigh when he got down after caring for Hannibal for the past 30 years.

The zookeeper is heard in the video saying, “This is the only crocodile in South Africa that I can sit on his back talking.” Sean fell, but Hannibal sank its teeth into him and hurt him.

The caption of the photo reads, “in a horrifying incident, a 16-foot crocodile attacked a wildlife park employee in South Africa who survived.”

Also Read: Explained: What is moonlighting? Why are IT companies against it?

The video elicited a wide range of responses from online users, who posted them in the comments section.

“I have no sympathy at all. When are these people going to learn that these are wild animals,” someone wrote.

Yet another user said, “He’s not respecting the power of that animal. I would bite him too if he were sitting on my back.”