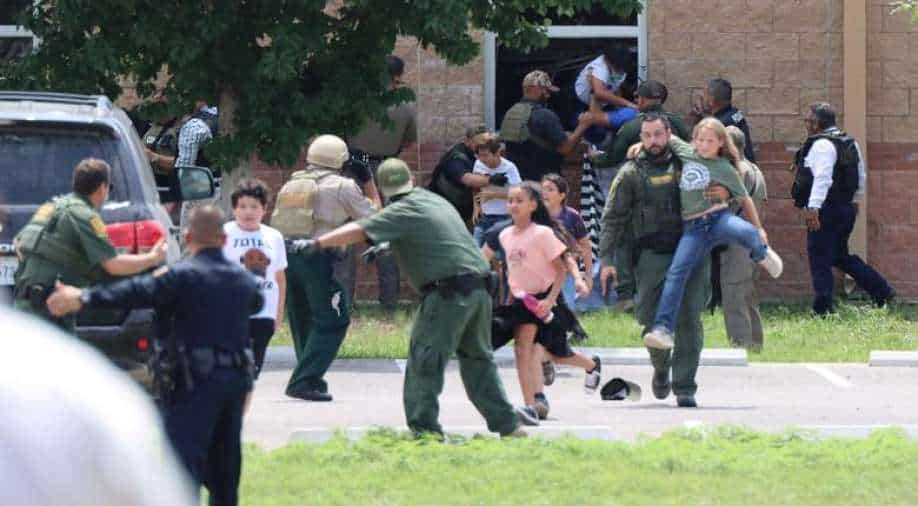 The entire police force was suspended in the district of Uvalde in Texas, United States five months after a school shooting which claimed the lives of 19 students and two teachers. The local authorities also said that the entire department is under investigation for their response to the shooting.

According to the official statement, all activities of the Uvalde Consolidated Independent school district police department were suspended “for a period of time”. Lt Miguel Hernandez and Ken Mueller – two officers in the department – were also put on administrative leave.

The decision to suspend the complete department came after continued demands from the victims’ families. According to Reuters, most parents partially blamed them for the incident getting out of hand and most of them have been holding protests in front of the school against the police.

The Guardian reported that the parents were pleased with the decision taken by the authorities.

Currently, the school district will be taking help for nearby police forces, and they have also requested additional officers from the Texas department of public safety.

“We are confident that staff and student safety will not be compromised during this transition,” the district said while explaining their decision and outlining their future moves.