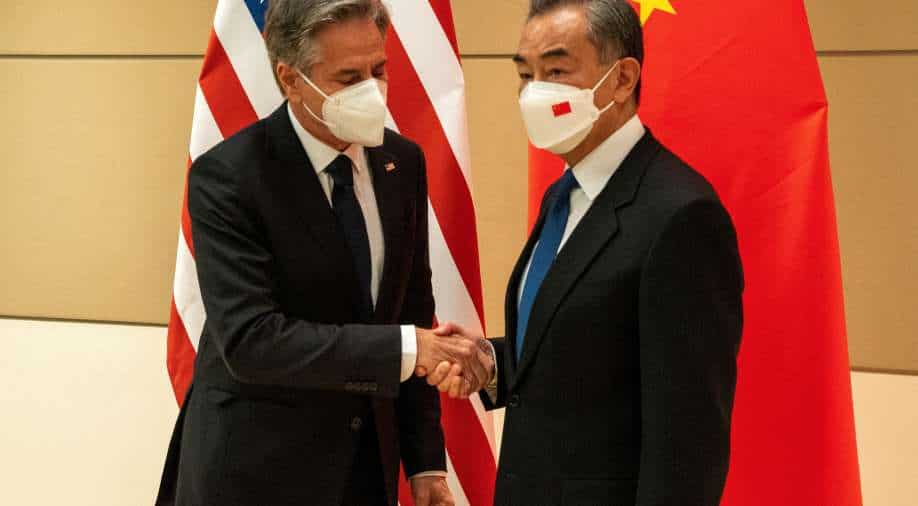 US Secretary of State Antony Blinken and Chinese Foreign Minister Wang Yi met on the sidelines of the UN General Assembly in New York on Friday. A senior US official told reporters that Taiwan was the focus of the 90-minute “direct and honest” talks held between the two. China’s foreign ministry, in a statement on the meeting, said the United States was sending “very wrong, dangerous signals” on Taiwan, and the more rampant Taiwan’s independence activity, the less likely there would be a peaceful settlement.

“The Taiwan issue is an internal Chinese matter, and the United States has no right to interfere in what method will be used to resolve it,” the ministry cited Wang as saying.

Earlier in the meeting, Blinken told his Chinese counterpart that the maintenance of peace and stability over Taiwan was vitally important.

“For our part, the secretary made crystal clear that, in accordance with our long-standing one-China policy, which again has not changed, the maintenance of peace and stability across the Strait is absolutely, vitally important,” a senior US administration official told reporters.

Tensions over Taiwan have soared after US House of Representatives Speaker Nancy Pelosi’s visit there in August. China responded by holding large-scale military drills. Recently, US President Joe Biden said that they would defend the democratically governed island.

The White House has insisted its Taiwan policy has not changed, but China said Biden’s remarks sent the wrong signal to those seeking an independent Taiwan.

In a phone call with Biden in July, Chinese leader Xi Jinping warned about Taiwan, saying “those who play with fire will perish by it.”

Also Read | ‘Who cares?’, Nancy Pelosi laughs at China’s decision to sanction her and her family

China sees Taiwan as one of its provinces and has long vowed to bring the island under its control and has not ruled out the use of force to do so.

Meanwhile, Taiwan’s government strongly objects to China’s sovereignty claims and says only the island’s 23 million people can decide its future.

Taiwan’s foreign ministry, responding to the meeting between Blinken and Wang, said China’s “recent provocative actions” had made the Taiwan Strait a focus of discussion, and China was trying to “confuse the international audience with arguments and criticisms that contradict reality.”

The State Department had said earlier that Blinken’s meeting with Wang was part of a U.S. effort to “maintain open lines of communication and manage competition responsibly,” and the senior official said Blinken had reiterated US openness to “cooperating with China on matters of global concern.”