Skip to content
HomeWorldUS: Nearly 8 people injured after a blast in an apartment building in Chicago 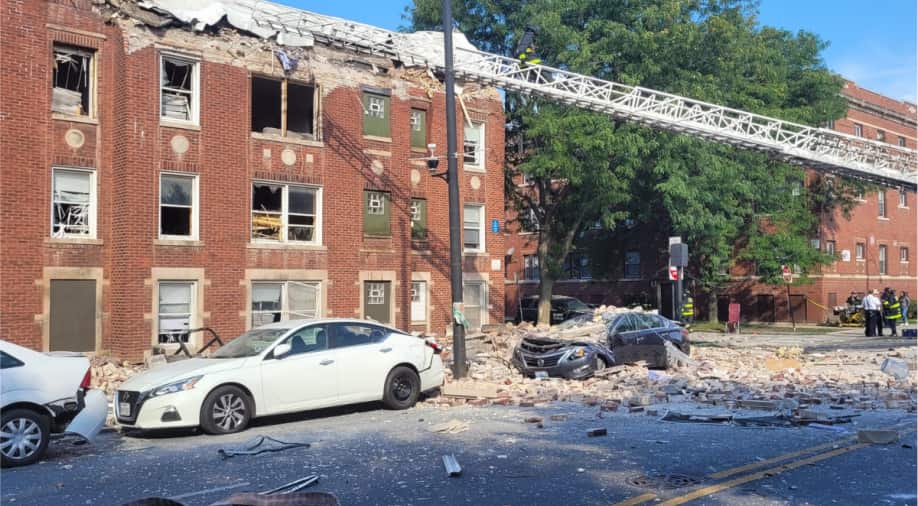 On Tuesday, an apartment building in the United States city of Chicago sustained a blast which left at least 8 people injured, the city’s fire department told the media. According to media reports, 3 people are in critical condition. Meanwhile, the authorities are “confident” that they have evacuated the building. The investigation for the cause of the blast is currently underway, indicated the authorities.

According to the Chicago Fire Department, the blast took place at 9:45 am (local time) and also took to Twitter to post pictures and give updates. The images released showed the four-story brick apartment building on the city’s West side that was completely destroyed by the blast. The incident took place near Washington Boulevard and Central Avenue, said the fire department.

Subsequently, at least 10 ambulances and 135 first responders were sent to the area and 8 people, two female and six male victims were taken to the hospital. According to the department spokesperson, Larry Merritt at least 3 people were in critical condition and most are seriously injured with “very traumatic burn injuries,” and are being treated at the burn unit in Loyola University Medical Center.

Meanwhile, the fire department in a tweet indicated, “Background on explosion. This is a four-story apartment building. With 35 units. Investigation underway into cause by CFD OFI. Assisted by ATF and CPD. Looking at 4th Floor as possible source.” The authorities further indicated that the evacuation of the building adjacent to the site of the explosion was also underway.

During a midday briefing with the press Deputy Fire Commissioner Marc Ferman said that after they conducted the primary and secondary searches of the building following the explosion. He added, “Right now we feel like we’re confident we got everybody out.” The local media also reported that the fourth floor of the building collapsed and was “compromised”, Ferman said.

According to a report by CBS news, the residential building had repeatedly failed annual inspections for almost 12 years and received citations on two separate occasions one in 2017 and another in 2018 for “failing to repair or replace defective or out of service smoke detectors and operate continuously”.