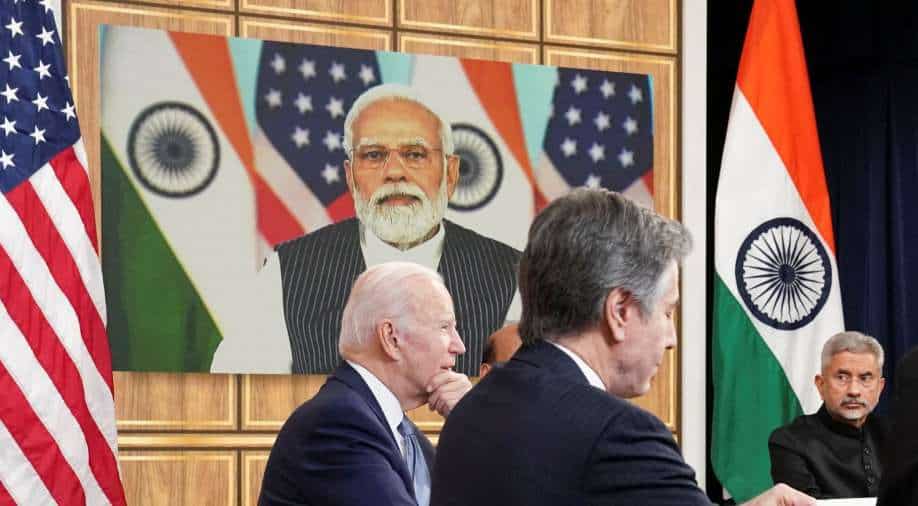 The US is holding “deep talks” with India over the latter’s reliance on Russian arms and oil, CNN reported on Tuesday quoting a US State Department official.

The official claimed that Indian representatives are starting to look at other markets to meet their demands as they try to become less dependent on Moscow for arms purchases.

“India is heavily, heavily dependent on Russia, and that’s something that they did to themselves over some 40 years: first their military and then their energy dependence,” the official was quoted as saying.

“So, we have been in deep conversation with India about the fact that we want to help them have options to diversify here.”

Russian oil has been finding massive takers in the Asian market, with the bulk of purchases coming from India and China.

Moscow has been offering oil under heavy discounts as rising energy prices following the West’s sanctions takes a toll on their economy.

India meets 83 per cent of its oil needs through imports, making it vulnerable to external shocks. Hence despite pressures from the West, New Delhi decided to pursue its interests to meet the domestic demands.

In 2021-22, the country’s oil import bill ballooned to $119 billion, stretching government finances and weighing on the post-pandemic economic recovery.

But ever since it started importing from Russia this year, India saved around 350 billion rupees ($43 million approx.), The Times of India newspaper reported.

At a seminar earlier this month, Indian finance minister Nirmala Sitharaman said that importing oil from Russia was part of the inflation management strategy and other countries were also doing something similar.

India has emerged as the second-largest buyer of Russian crude after China.

Russian oil accounts for 12 per cent of the country’s total oil purchase against less than 1 per cent before the war.