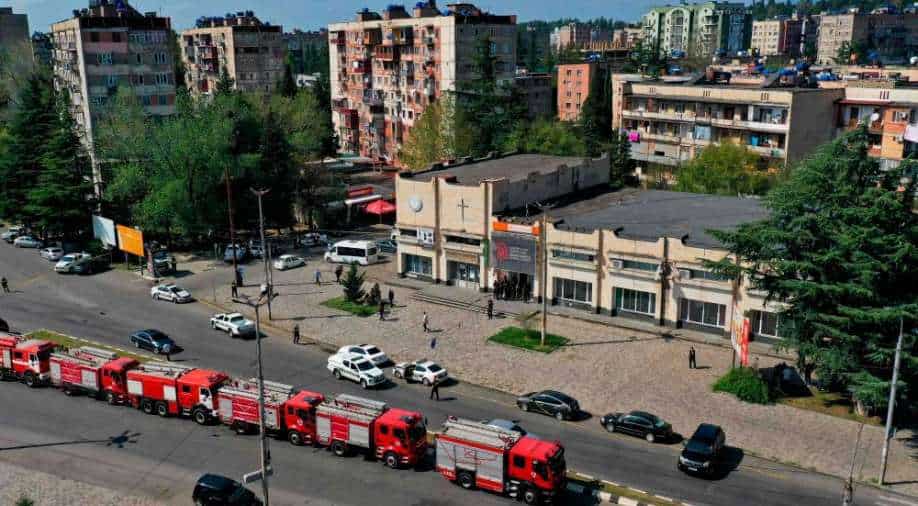 Twelve people were taken hostage by an armed man on Tuesday at a bank in Kutaisi, Georgia’s second-largest city, who demanded a hefty sum of money, according to officials.

The suspect was reportedly holed up at a Bank of Georgia branch in the town of about 150,000 inhabitants in central Georgia, according to the interior ministry of the country.

In order to address the problem, the ministry claimed that police had been dispatched to the bank.

According to the ministry, an inquiry was started into “a terrorist act, hostage-taking, and unlawful possession of firearms.”

A video taken on a hostage’s phone and broadcast by the independent Mtavari TV channel depicts what he claims are two explosive devices on the front door.

In another video, the interior of the bank is visible, as is the accused hostage-taker—a masked gunman dressed in military gear.

A female hostage is heard saying: “His demand is two million dollars within three hours. He has a hand grenade and there are bombs which will explode.”

In the western city of Zugdidi in October 2020, a gunman held 43 hostages inside a Bank of Georgia branch.

He released every captive, making off with an unknown sum of money, and he has never been arrested.