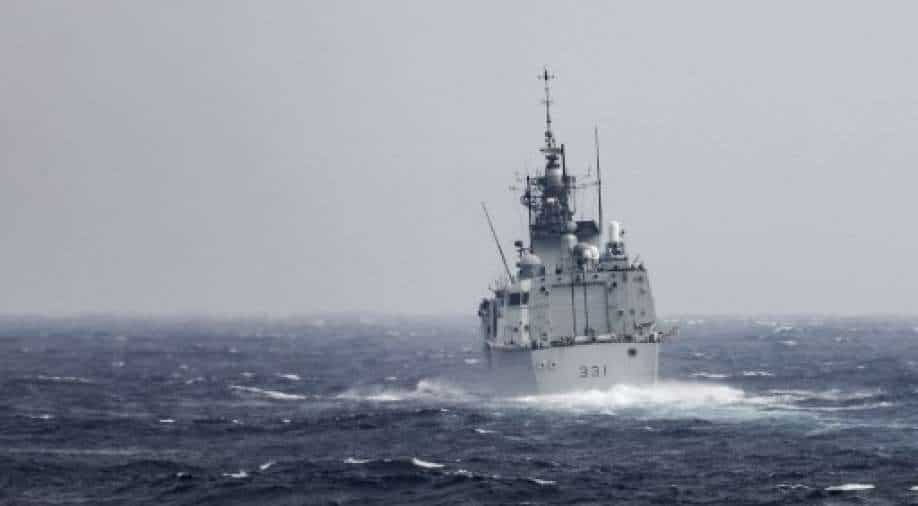 United States and Canadian warships carried out a routine transit through the Taiwan Strait just days after President Joe Biden said that the US would support Taiwan in case of an attack from China.

US Navy spokesperson Lt. Mark Langford said in a statement on Tuesday that the USS Higgins – an Arleigh Burke-class guided-missile destroyer – and HMCS Vancouver – a Halifax-class frigate from the Royal Canadian Navy – were the two ships which made the transit through the Strait.

The transit “demonstrates the commitment of the United States and our allies and partners to a free and open Indo-Pacific,” Lt. Langford explained in the statement according to CNN.

This was the second time in around three weeks that a US warship has passed through the region.

US House Speaker Nancy Pelosi’s visit to Taiwan caused tensions to flare once again in the region with China responding with military drills in the Strait. In the last two months, a number of US delegations have visited Taiwan with Biden supporting their cause on multiple occasions.

The US Navy is currently positioned in the area and in recent years, a number of warships have made the journey through the strait. This was one of the few occasions when a Canadian ship also made the transit as confirmed by Ministry of Defence Head of Media Relations Daniel Le Bouthillier.

“Following port visits in Jakarta, Indonesia, and Manila, Philippines, HMCS Vancouver sailed through the Taiwan Strait along with the USS Higgins, as this was the most direct navigational route. This sail was done in full accordance with international law, including high seas navigation rights as outlined in the UN Convention on the Law of the Sea,” Le Bouthillier told CNN.