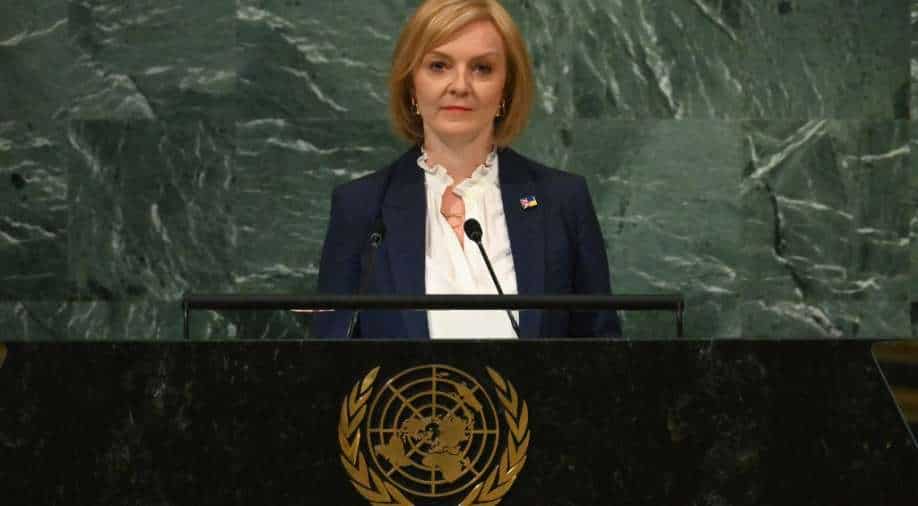 British Prime Minister Liz Truss accused Russian President Vladimir Putin of “sabre rattling” and said that the nuclear threats were just an attempt on his part to justify the “catastrophic” failure in Ukraine.

During her speech at the United Nations General Assembly, Truss criticised Putin’s decision to announce partial military mobilisation in Russia following severe setbacks at the hands of the Ukrainian forces.

“He is doubling down by sending even more reservists to a terrible fate. He is desperately trying to claim the mantle of democracy for a regime without human rights or freedoms. And he is making yet more bogus claims and sabre rattling threats,” she was quoted by Reuters.

“We will not rest until Ukraine prevails. At this crucial moment in the conflict, I pledge that we will sustain or increase our military support to Ukraine for as long as it takes.”

“In the face of rising aggression, we have shown we have the power to act and the resolve to see it through. But this must not be a one-off,” Truss said during her speech.

One of the major issues being discussed in the UNGA this year is the global energy crisis following the Russian invasion of Ukraine. Truss blamed Russia once again for the problem plauging most of Europe and promised that they will not be cutting off “toxic power and pipelines” from authoritarian regimes.

“We will ensure we cannot be coerced or harmed by the reckless actions of rogue actors abroad.”

“We will transition to a future based on renewable and nuclear energy whilst ensuring that the gas used during that transition is from reliable sources, including our own North Sea production,” she said.