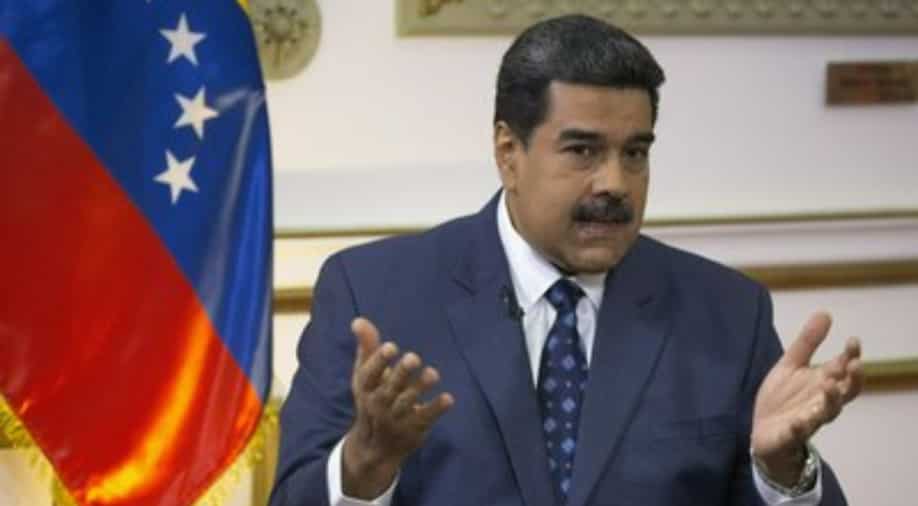 A United Nations report published on Tuesday details how Venezuela’s military and state intelligence agencies under President Nicolas Maduro have used torture and arbitrary arrests to silence dissent in the country which amounts to crimes against humanity. The plans are well-coordinated at the highest levels of the government while the president is accused of personally selecting targets for arrest and torture, the report claims.

The report by the UN Independent International Fact-Finding Mission on the Bolivarian Republic of Venezuela (FFMV) details the role and contribution of various individuals in the chain of command in these agencies. These reportedly include Venezuela’s general office of military counterintelligence (DGCIM) and the Bolivarian national intelligence service (SEBIN). The report claims that these officers have used sexual and gender-based violence to torture and humiliate detainees in their custody since 2014.

“Our investigations and analysis show that the Venezuelan State relies on the intelligence services and its agents to repress dissent in the country. In doing so, grave crimes and human rights violations are being committed, including acts of torture and sexual violence. These practices must stop immediately, and the individuals responsible must be investigated and prosecuted in accordance with the law,” said the chair of the UN FFMV, Marta Valiñas, in a press release, on September 20.

The investigators have based their claims on over 200 confidential interviews, both in-person and remotely taken by secure lines over the phone and video calls, of victims, their family members, lawyers as well as at the latest 50 ex-officers who worked at the security agencies. The detainees were reportedly subjected to beatings with blunt and sharp objects, electric shocks, asphyxiation, stress positions, and were also force-fed faeces and vomit.

“Real or perceived government opponents and their relatives were subjected to unlawful detention, followed by acts of torture. Venezuela is under a “profound human rights crisis,” said Valiñas, as she called upon the international community to follow the developments and closely monitor if progress is made in improving “justice, accountability, and respect for human rights,” in the country.

The mission alleges that some of the attacks were planned by Maduro himself, and with the help of other high-level individuals, they would quash any and all opposition to the government using various methods of “extremely grave acts of torture” which amount to crimes against humanity, said the statement.

Citing various sources, including the former high-ranking employees of the DGCIM and the armed forces who have direct knowledge of the matter, the report said how the decisions were made with the president calling the orders and targets via telephone to the DGCIM’s director, General Ivan Hernandez Dala.

“The Mission has documented 122 cases of victims who were subjected to torture, sexual violence and/or other cruel, inhuman, or degrading treatment perpetrated by DGCIM agents”, said the statement released on Tuesday. The report also claims the torture by DGCIM agents was carried out predominantly at Boleíta headquarters in Caracas whereas there were smaller detention centres spread across the country.

Meanwhile, SEBIN has tortured detainees including opposition politicians, journalists, protesters, and human rights defenders, at El Helicoide detention centre in Caracas, said the report. These people were often surveilled, investigated and subjected to “cruel, inhuman or degrading treatment or punishment,” which would often go on for days or weeks on end, it said.

“The human rights violations by state intelligence agencies, orchestrated at the highest political levels, have taken place in a climate of almost complete impunity,” said Francisco Cox, a member of the mission.

The mission also found human rights violations in key mining areas of the country as the government exploits the people to boost income. It said Venezuela’s southern Bolivar state has witnessed both state and non-state actors committing “a range of violations and crimes against local populations in gold mining areas,” this included killings, disappearances, extortion and sexual violence.