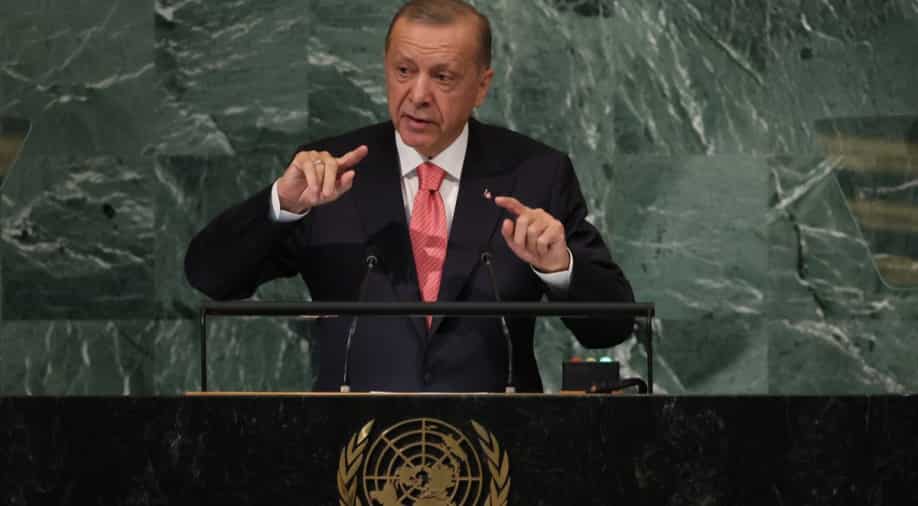 Türkiye President Recep Tayyip Erdogan has yet again raked up the Kashmir issue at the ongoing 77th session of the United Nations General Assembly in New York City.

In his address at the annual diplomatic gathering on Tuesday, Erdogan, who is a close ally of Pakistan, said that he hopes for “permanent peace” in Kashmir.

“India and Pakistan, after having established their sovereignty and independence 75 years ago, they still haven’t established peace and solidarity between one another. This is much unfortunate. We hope and pray that a fair and permanent peace and prosperity will be established in Kashmir,” he said.

Breaking: Turkiye President Erdogan rakes Kashmir at UNGA address. Says, “India, Pakistan haven’t established peace… and this is much unfortunate and hope peace will be established in Kashmir”. https://t.co/ou26Rf0Yui

Last year also he made references about Kashmir at the UN General Assembly. In fact since 2019, the Turkish president has been talking about the region in the international forum, often calling it a “burning issue”.

India, too, has been prompt in its response calling his remarks “completely unacceptable”, and asking the Turkish president to learn about respecting the sovereignty of other nations.

Erdogan’s comment comes four days after he met Indian Prime Minister Narendra Modi on the sidelines of the Shanghai Cooperation Organisation Summit in the Uzbek city of Samarkand.

It was their first encounter in over two years since relations soured after Erdogan’s comments on Kashmir during his visit to Pakistan in 2020.

At the time, the Indian government summoned the Turkish ambassador to lodge a diplomatic protest.