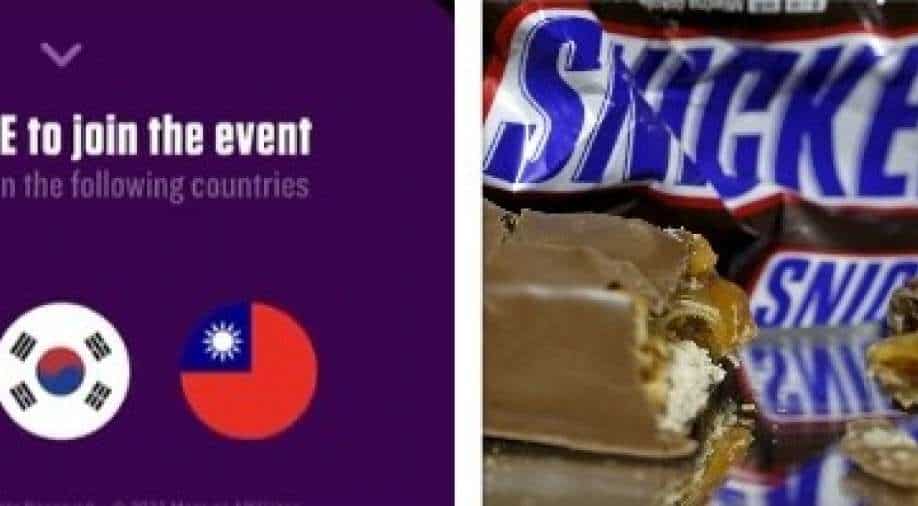 American candy company Mars Wrigley, maker of the iconic Snickers chocolate candy bar has been forced to apologise to China after running a product launch advertisement where it referred to Taiwan as a separate country.

Reportedly, in the ad, which was a collaboration with popular Korean pop band BTS, Snickers stated that the new limited edition chocolate bar will only be available in South Korea, Malaysia and Taiwan.

The video and snapshots of the ad went viral on social media platforms, including the Chinese space. One of the Chinese users asked, “Is it so hard to say there is only one China?” while another said, “Say Taiwan is an inseparable part of China.”

Soon, Mars Wrigley and its entire Chinese corporate setup swung into action to limit the damage.

However, the barrage continued as Chinese users commented, “I don’t accept your [Snickers] apology.”

As reported by WION extensively, ever since Nancy Pelosi announced her decision to visit Taiwan, China had been threatening of dire consequences. While it didn’t do much when Pelosi was in Taipei, it sure has engaged its afterburners since yesterday.

Reportedly, China’s navy, air force and other departments have taken part in the drill which is underway in six zones interspersed around Taiwan.

It is pertinent to note that China goes to great lengths to claim that Taiwan is a part of its one-China policy. Anytime an individual or an organisation mentions Taiwan as a separate entity, the Politburo in Beijing swings into action and makes them apologise. Snickers being a case in point.