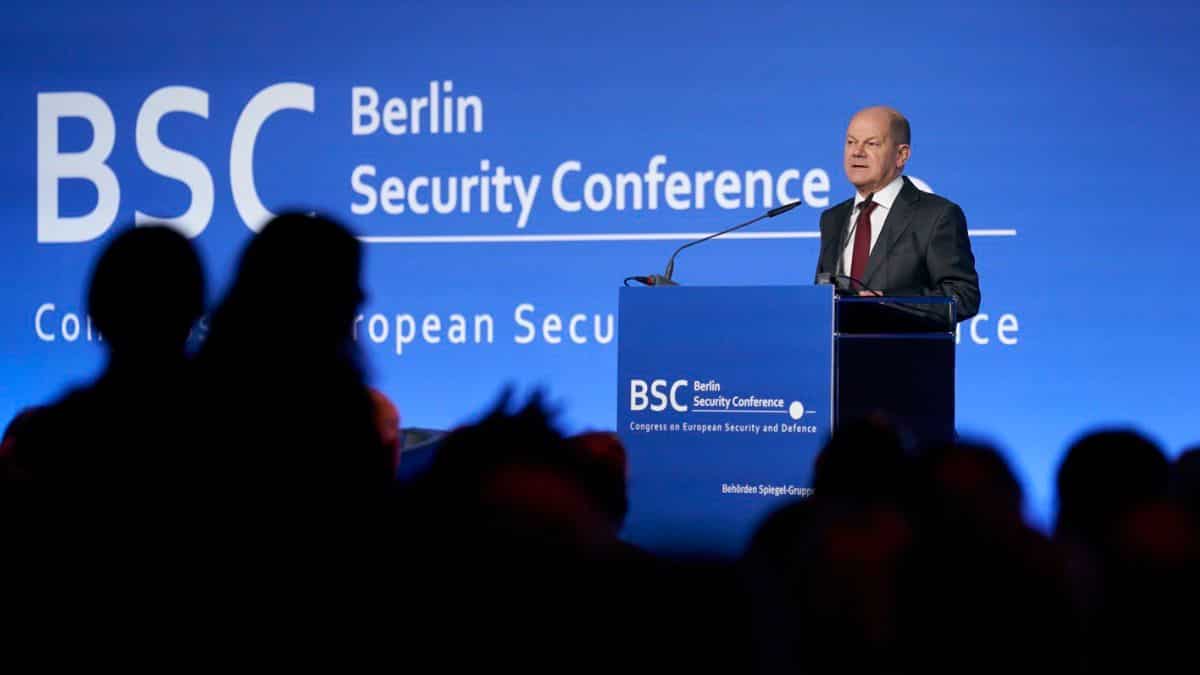 Hours after the US President Joe Biden said that he is prepared to speak with Russian President Vladimir Putin if the latter is looking “for a way to end the war”, Germany’s Chancellor Olaf Scholz said that Europe should go back to its pre-war “peace order” with Russia. By pre-war period, Scholz referred to the period before February 2020 when Russia had not launched its ‘special military operations’ against Ukraine.

Scholz said that Europe should resolve “all questions of common security” with Russia.

“What Russia is doing today is going back to the imperialistic approach of the 19th, 18th, 17th century where just a stronger country thinks it could just take the territory of the neighbour, understanding neighbours as just hinterland, and some place they can give rules to be followed. And this can never be accepted,” Scholz said during a panel discussion at the Berlin Security Conference.

However, he continued: “We have to go back to the agreements which we had in the last decades and which were the basis for peace and security order in Europe.”

Earlier, the US President Joe Biden and French President Emmanuel Macron attempt to present a united front on Ukraine with Biden saying he would talk to Russian President Vladimir Putin if he is willing to end the war and only in consultation with NATO allies. “I’m prepared to speak with Mr Putin if in fact there is an interest in him deciding he’s looking for a way to end the war. He hasn’t done that yet,” Biden told a news conference at the White House with Macron on Thursday.

Macron said he would continue to talk to Putin to “try to prevent escalation and to get some very concrete results” such as the safety of nuclear plants.