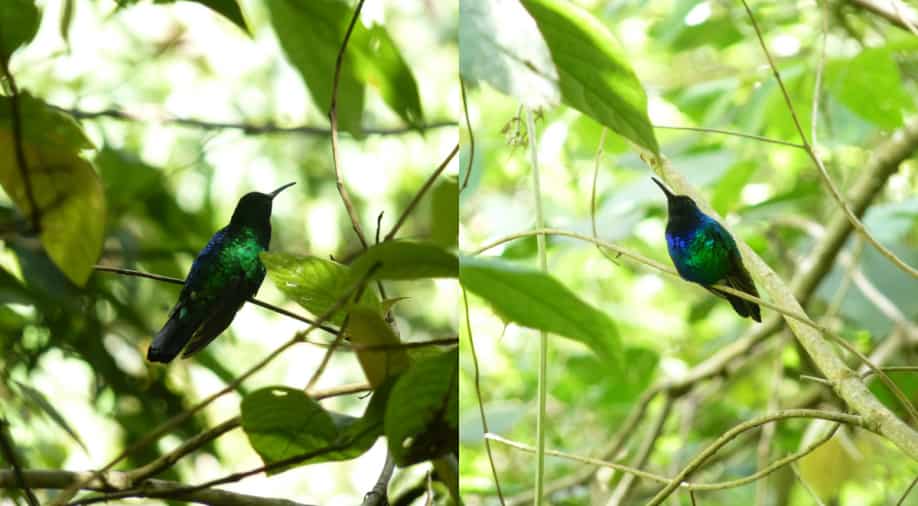 A rare hummingbird that has been missing for more than a decade has been rediscovered by a birdwatcher in Colombia. Santa Marta sabrewing, a sizable hummingbird species exclusive to Colombia’s Sierra Nevada de Santa Marta highlands, was last spotted in 2010. As the tropical forests it formerly called home have been mainly cleared for agriculture, scientists feared the worst and speculated that the species may have already gone extinct. But recently, a skilled local birdwatcher managed to photograph one, a discovery that ornithologists are delighted about.

There is a diverse range of fauna in northern Colombia’s Sierra Nevada de Santa Marta, including 24 bird species that are unique to the region. However, according to biologists, barely 15 per cent of the forest in the highlands is still intact.

Guardian reports that this is only the third time this species has been documented. It was identified for the first time in 1946 and again in 2010 when researchers managed to take its first images.

Yurgen Vega, who rediscovered the hummingbird while surveying endemic birds in the Sierra Nevada de Santa Marta with the conservation groups Selva, ProCAT Colombia, and World Parrot Trust, said he was “overcome with emotion” when he saw the bird.

Scientists hope that the unexpected appearance of the rare hummingbird will contribute to the preservation of their last surviving habitat, a move that will likely benefit the numerous species that can be found on the land.

It is also among the top ten species that are “most wanted” in IUCN’s list called “Re:wild’s Search for Lost Birds” a global initiative to identify species that have not been spotted for more than 10 years but are still not classified as extinct according to the IUCN Red List of Threatened Species.