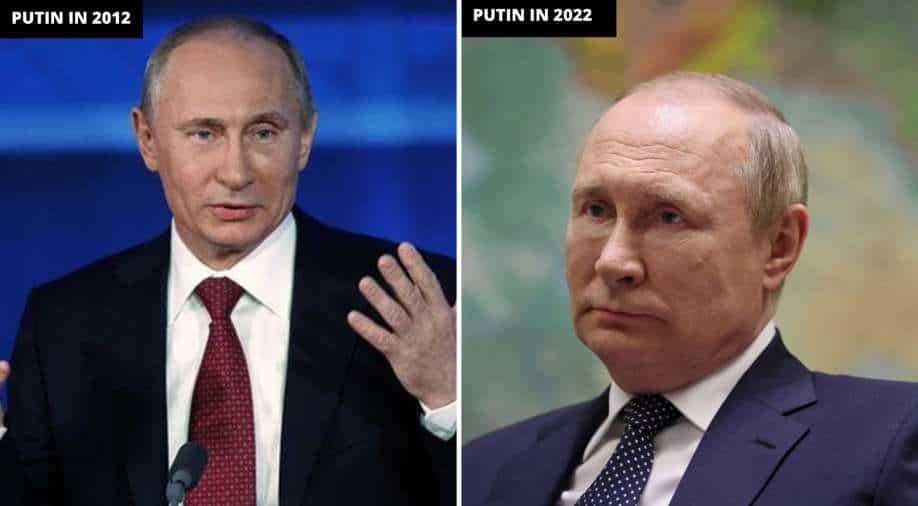 Vladimir Putin may be using a physical duplicate, according to repeated assertions made by the head of Ukraine’s military intelligence.

The recently appointed leader, Major General Kyrylo Budanov, said on Ukrainian television that Putin’s height and even ears have changed in recent appearances.

He made an appearance on the “Groshi” channel and said: “Let’s assume the image of the ears is different. Additionally, each person’s ear picture is distinctive, just like a fingerprint. It can’t be done again.”

According to the Ukrainian news site TSN, Budanov also said that he thought the Russian president was gravely ill and that he used body doubles to avoid public appearances.

Many critics have discussed the 69-year-old warmonger’s health, and a variety of assertions have been made about it.

The alleged body doubles, according to Budanov, “had different habits, mannerisms, gaits, and sometimes, if you looked closely, different heights.”

Putin may have utilised a double for his entrance at a summit in Tehran last month, according to a previous accusation made by the intelligence chief.

Budanov told the 1+1 new channel: “I will only hint. Please look at the moment of Putin’s exit from the plane. Is it Putin at all?”

Putin made the trip, which is just his second in five months, as one of the few overseas trips he is currently permitted to undertake as a result of his ongoing invasion of Ukraine. He met the presidents of Turkey and Iran at that location.

This occurs while Putin’s invasion of Ukraine rages on, with violence concentrated in the nation’s east.

In recent days, Ukrainian President Volodymyr Zelensky declared his desire to speak with Chinese President Xi Jinping personally in the hopes that China will use its clout with Russia to stop the conflict.

All diplomatic channels have so far been fruitless, and China has declined to denounce the incursion.