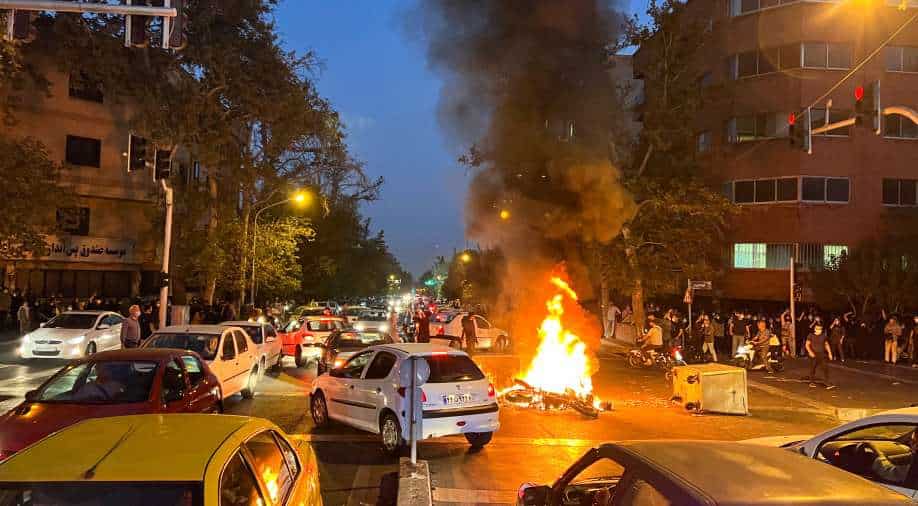 Protests raged for a fourth straight day across Iran on Tuesday and authorities said five people had been killed during unrest over the death of 22-year-old Mahsa Amini in police custody. Her death last week by morality police for “unsuitable attire” unleashed a flood of simmering anger over numerous issues including rights, security and an economy reeling from international sanctions.

Videos of protests are emerging from dozens of towns and cities, ranging from the capital Tehran to conservative strongholds like Mashad. In the city of Kerman Tuesday night, a woman chopped off her hair as crowds, comprising mostly men, cheered her on. It was an act of defiance as there wasn’t a single hijab in sight.

People can be heard chanting “Women, life, freedom”, while several others can be seen setting bonfires, and others removing and setting their hijabs on fire.

CNN reported that Tuesday night protests were mostly flash gatherings to avoid a scuffle with Iran’s security forces. Hengaw Organization for Human Rights, a Norwegian-registered organization, said that at least five protesters have been shot and killed in the last few days, and over 75 have been injured in other cities.

In an apparent effort to defuse tensions, an aide to Iran’s Supreme Leader Ayatollah Ali Khamenei paid condolences to Amini’s family, saying that Khamenei was affected and pained by her death.

Amini fell into a coma and died while waiting with other women held by the morality police responsible for enforcing strict rules in the Islamic Republic requiring women to cover their hair and wear loose-fitting clothes in public. Her father said she had no health problems and that she suffered bruises to her legs in custody and holds the police responsible for her death.

Meanwhile, four Iranian police officers were injured and one “police assistant” died from injuries on Tuesday in the southern city of Shiraz following violent protests, the official IRNA news agency reported on Wednesday.