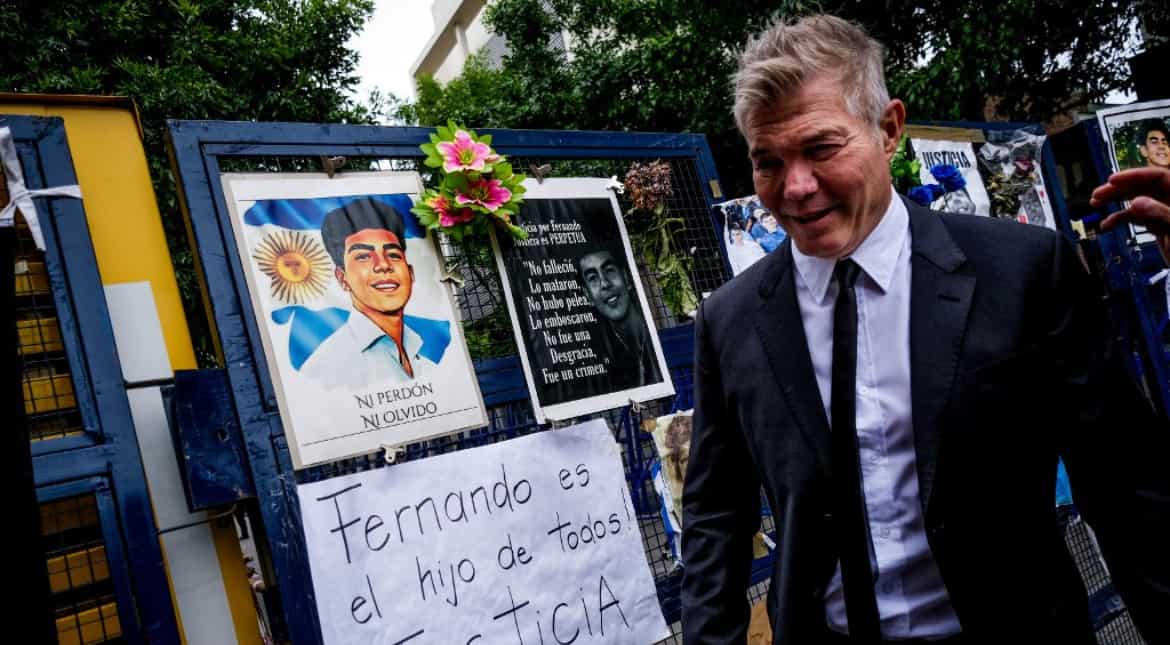 Prosecutor on Wednesday appealed to the court to sentence eight rugby players to life imprisonment in Argentina while they were being tried for allegedly killing a teenager three years ago outside a nightclub, an incident which left the nation shocked.

After the attack, the authorities kept the defendants, aged between 21 and 23, in pre-trial detention.

Prosecutor Juan Manuel Davila while speaking at court in Dolores, which is 220 kilometres (136 miles) south of Buenos Aires, said, “I ask that they be sentenced to life in prison as co-authors of doubly aggravated homicide” as the crime was not committed in self-defence and was “premeditated”.

An argument broke out between two groups of people inside a nightclub located in the seaside resort of Villa Gesell on January 18, 2020, after which an 18-year-old law student, Fernando Baez, was attacked by the eight defendants.

The players who belonged to a provincial club in Zarate, which is north of Buenos Aires, beat Baez to death. The surveillance cameras caught the images of the attack.

“They formed a circle around (Baez). They all struck him and when they didn’t, they stopped anyone coming to help him,” Davila said.

The prosecutor said that, according to the witnesses, racist insults were shouted at the victim by the players as they beat him

Baez family lawyer Fernando Burlando concurred with the request made by the prosecution, saying it was “enough to sentence the defendants to life” behind bars.

As per the prosecution, the attackers preyed on Baez’s “defenselessness, with no risk to the pack”.

“They killed for killing’s sake, it is truly inexplicable. They didn’t care who. Their plan was to take (Baez) as a trophy. The synchronisation of actions allowed them to build an impenetrable wall around their victim,” Burlando said.

The attack ignited protests across Argentina and pushed the rugby authorities to initiate behavioural courses for around 4,000 players.