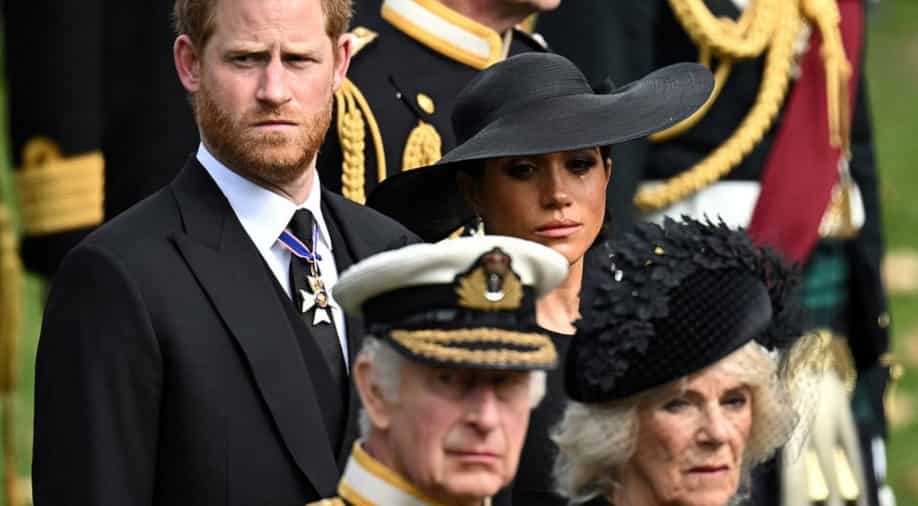 After a disagreement with his father when the new king forbade Meghan Markle from attending the grieving Royal Family on the day the Queen passed away, insiders indicate that a furious Prince Harry turned down supper with King Charles III and his brother the Prince of Wales at Balmoral.

On September 8, the royal family hurried to the Scottish estate to say their final goodbyes to their cherished mother and grandmother. The Duke of Sussex reportedly wanted his wife to accompany them.

According to rumours, the former Suits actress was invited, but Britain’s new King advised his youngest son it was “not appropriate” for her to be there over the phone.

The resulting argument, in which Harry reportedly struggled to convince his father to let Meghan travel with him, is said to have cost him the opportunity to say goodbye to William, their uncles Andrew and Edward, and the flight they were taking to Scotland.

The prince was so enraged that his wife had been banned and that he had missed his first flight that he refused to have dinner that evening with Charles, William, and Queen Consort Camilla. Two years ago, he and the duchess sensationally quit royal duties and left the UK for California before making a series of stunning allegations against The Firm.

Instead, according to The Sun, he dined with the Duke of York and the Earl and Countess of Wessex before departing early the following morning.

Harry and the rest of the Royal Family had to unexpectedly reunite after the death of the Queen.

The Sussexes were not anticipated to see any royals on their trip to the UK and Europe, despite sticking close to the Cambridges during their faux-royal tour of Europe, until Her Majesty’s passing. Their comments following Megxit have caused a gap with the royals, particularly William.

Together with other members of the Royal Family, the couple has since participated in more than a week of national mourning.

When his grandmother’s casket was being brought from Buckingham Palace to Westminster Hall and then to Westminster Abbey for her funeral, Harry was a major participant in a number of processions and rituals. He walked behind the casket both times.