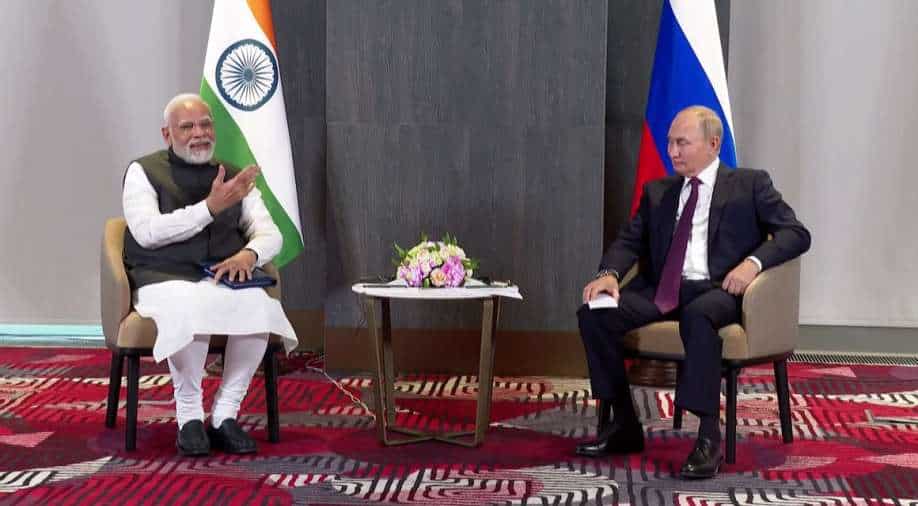 Indian Prime Minister Narendra Modi’s remarks to Russian President Putin last week that this is not the era of war has been lauded by France and United States. Last week, on the sidelines of the Shanghai Cooperation Organisation summit in Samarkand, PM Modi and Russian President Putin held bilateral during which the former emphasised on dialogue and diplomacy to resolve the Ukraine conflict.

The French President Emmanuel Macron, during his address at the United Nation General Assembly on Tuesday, recalled the remarks pointing out the impact of wars on international community. He said, “Narendra Modi, Prime Minister of India, was right when he said the time is not for war. It is not for revenge against the West….It is the time for a collective time for our sovereign equal states to cope together with challenges we face.”

Earlier, US national security advisor Jake Sullivan lauded the remarks by PM Modi, calling them “statement of principle on behalf of what he believes is right and just”. He said the remarks are “very much welcomed by the United States and for the Indian leadership, which has longstanding relationships in Moscow, from the very top all the way through the Russian government, to continue to reinforce that message that now is the time for war to end.”

The Samarkand bilateral was the first in person meet between PM Modi and Russian President since the invasion of Ukraine started in February even though both leaders have spoken 4 times since then. During the meet, the President invited PM Modi to visit Russia. As part of annual India-Russia summit that alternates between the two countries, Indian PM is expected to travel to Russia for the summit this year. Last year, President Putin had visited India for the summit.