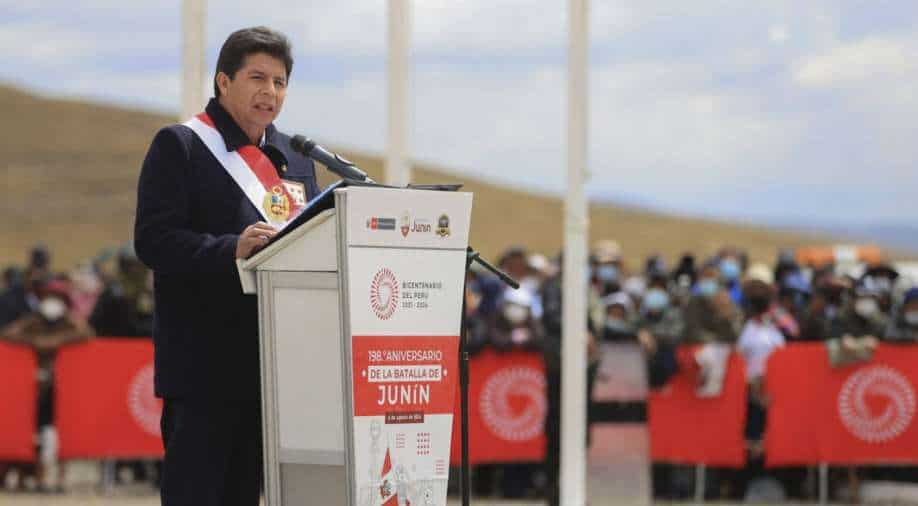 In an unsuccessful attempt to detain Yenifer Paredes, President Pedro Castillo’s sister-in-law, for alleged corruption and money laundering, Peruvian police and public prosecution officers conducted a raid on the presidential palace in Lima on Tuesday.

The prosecutor’s office sought a “raid” of the “residential sector of the government palace,” the Court of Justice stated in a statement, prompting the unusual police operation.

The search for Paredes, who now appears to be on the run from justice, lasted nearly four hours until the agents gave up and left the presidential mansion.

Paredes, 26, resides in the presidential residence within the Government Palace along with Castillo and his family.

A mayor from Castillo’s home province of Chota, Jose Nenil Medina, and businesspeople Hugo and Angie Espino were detained as part of simultaneous judicial operations in different parts of the capital for allegedly participating in the same corruption network.

The 10 day first detention of individuals concerned was approved by the court.

Midway through July, Paredes had already been called to appear before a commission of the Peruvian Congress and provide testimony to the public prosecutor’s office.

President Castillo is the subject of five active investigations by the public prosecutor’s office. He is also under investigation for possible corruption.

Castillo described the operation as “an illegal raid” that was a part of a plot to have him removed from office in a message that was televised late on Tuesday.

“Today, the Government Palace and the Presidential House have once again been violated with an illegal raid endorsed by a judge, coincidentally when a request is being made for my disqualification for five years to take away from the Peruvian people their legitimate government,” said Castillo, a 52-year-old former teacher and trade unionist.

Earlier on Tuesday, a legislative investigation recommended disqualifying and legally punishing Castillo due to his alleged consideration of a plan to grant access to the sea for landlocked Bolivia through Peru, a claim he disputes.

In July, Castillo finished his first year in office. He has so far been the subject of two impeachment procedures in Congress, and surveys show that the public disapproves of him by a margin of 74%.

The fourth member of the presidential entourage under investigation for possible wrongdoing is Paredes.

Castillo’s former presidential secretary, a nephew who worked as an adviser, a former transportation minister, both of whom are wanted by the law, and other members of his tight circle are also up for prosecution.