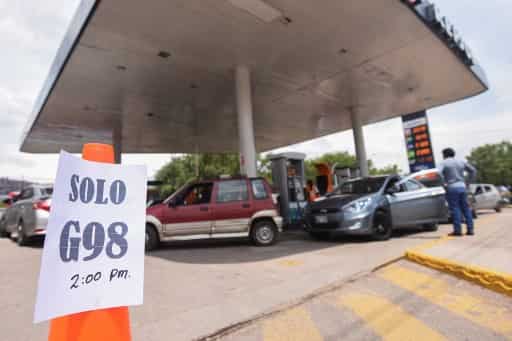 As the anti-government protests in Peru show no sign of ending, the country is currently facing a shortage of basic products including food items and fuel. A report by the news agency AFP on Wednesday (January 25) said that dozens of roadblocks, where demonstrations have been the most intense, are hindering freight deliveries to Peru’s south. According to the transport ministry on Wednesday, 85 roadblocks were reported across the country.

Liquified Petroleum Gas (LPG)- which is the most popular fuel for vehicles and homes in the country- became increasingly hard to find in Arequipa, Tacuna, and Puno. All these three regions are relatively poor with large Indigenous populations. Protesters from these regions have claimed abandonment and discrimination by officials in the capital city of Lima.

“I’ve already been told there’s no more LPG in Arequipa,” Alexander Cornejo, a national taxi driver representative, told the RPP radio station. Around 7,000 taxi drivers in this region have been affected by the scarcity.

In Puno city, the prices of basic food items including tomatoes and potatoes have tripled. A Puno resident told AFP, “Vegetables and fruit prices have gone up. Everything has increased, I think the vehicles that supply us should (be allowed to) pass.”

Meanwhile, the Madre de Dios region, which is on Peru’s border with Brazil and Bolivia, has reported shortages in fuel and food after protesters blocked the major Interoceanica Sur highway. Governor Luis Otsuka said that if the roadblocks continued he would have to try to source food and fuel from Brazil and Bolivia, the report added.

Forty-six people have been killed in clashes between security forces and the protesters. On Tuesday, President Dina Boluarte called for a ”national truce” to end the protests- which have been going on since December last year. Rejecting her call, thousands of protesters again marched in Lima on Tuesday, with some clashes breaking out between police and the demonstrators. Multiple people were arrested and several were injured, the AFP report said.

At the United Nations Human Rights Council in Geneva, a wide range of country representatives expressed concerns over the use of excessive force by the Peruvian government in face of the protests. Addressing the council virtually, Alfaro “we are acting appropriately to defend democracy and human rights.” Denouncing violence by the protesters, the justice minister insisted that “actions taken to restore public order have been undertaken in full compliance with constitutional and international obligations”.