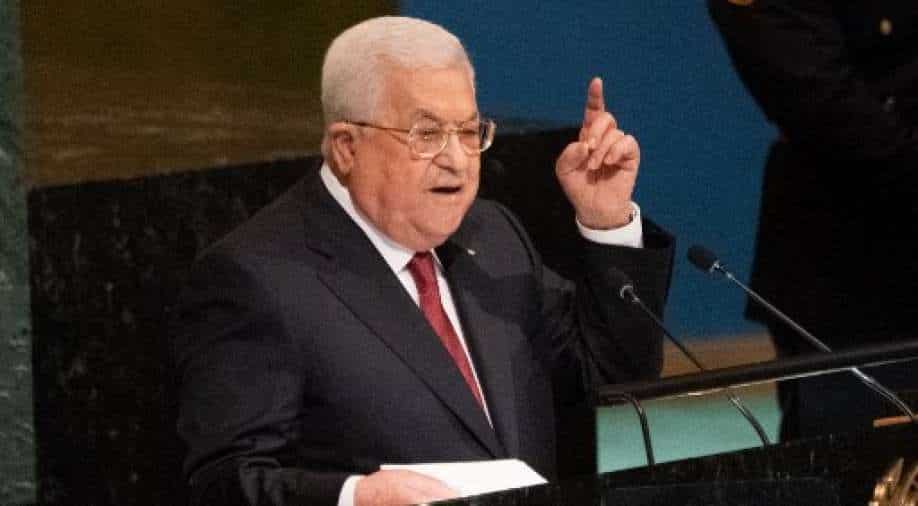 Mahmoud Abbas, President of the State of Palestine and the Palestinian National Authority, spoke at the United Nations General Assembly in New York on Friday.

He said, “Israel is launching campaigns… they are giving freedom to terrorists to kill Palestinians. They are looting their land… burning their homes… forcing them to destroy their homes with their own hands, all of this with official protection. Can you imagine what is happening? Israel is saying that either you demolish your house yourself, or else I will.”

“Israel killed Palestinian journalist Shireen Abu Akleh. She was killed by the bullet of a sniper… the sniper recognised that he did kill her. Apart from Palestinian nationality, she was also an American national,” he added.

He blamed Israel for attacking Muslim and Christian holy sites. He accused Israel of being an ‘apartheid regime’, and asked “why isn’t Israel being held accountable by the United Nations?”

Abbas said Israel has committed heinous crimes against Palestinians and has destroyed an ample number of Palestinian villages. He accused Israel of having “deliberately committed these massacres.”

The most recent was against Gaza. The New York Times, a US-based newspaper reported that 67 children were killed in this attack. Abbas said, “we want to know why did Israel kill them?”

He said he would like to ask Israel to take charge of this massacre and apologize to the Palestinians. He asked the international community and the International Criminal Court (ICC) to hold Israel accountable for the crimes it has committed.