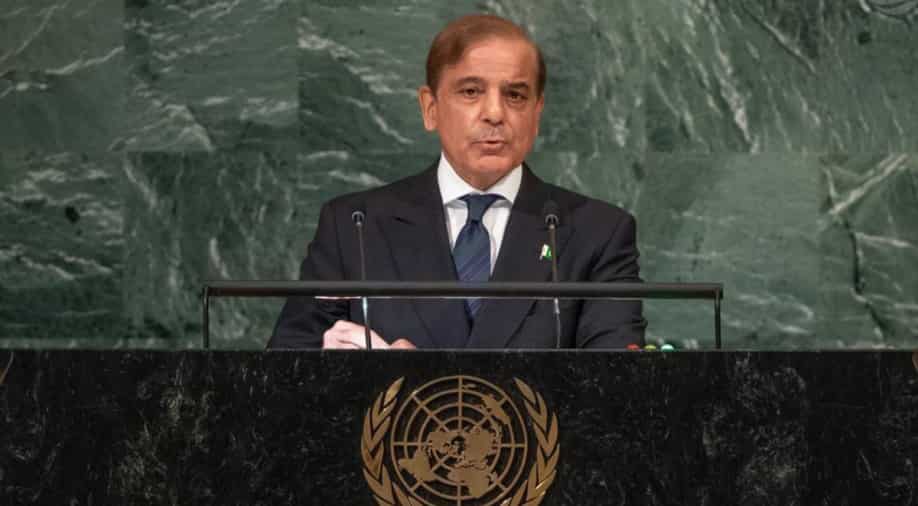 Pakistan once again launched an anti-India tirade and raked up the Kashmir issue at United Nations General Assembly (UNGA) on Friday (September 23) even and levelled unsubstantiated charges while claiming that it wants peace with all its neighbours.

Prime Minister Shehbaz Sharif began his address on the fourth day of the 77th session of UNGA by referring to the unprecedented floods in Pakistan and their disastrous impact on the residents.

However, he soon switched to mentioning the much-anticipated topic—Kashmir. Sharif said, “Sustainable peace and stability in South Asia, however, remains contingent upon a just and lasting solution to Jammu & Kashmir dispute.”

Sharif, who has been seeking aid from all countries for flood relief besides monetary assistance from IMF and other nations for its economy which is in dire straits, further alleged, “At the heart of this longstanding dispute lies the denial of the inalienable right of the Kashmiri people to self-determination.”

Sharif added that only peaceful dialogue can resolve issues so that the world becomes more peaceful in the time to come. He said Pakistan wants peace with all its neighbours, including India.

Exclusive | US, Pakistan had a constructive conversation at UNGA, says Hina Rabbani Khar

Sharif alleged that New Delhi has ramped up its military deployment in Jammu and Kashmir to 900,000 troops, but did not deny India’s allegations of constant cross-border infiltration of terrorists from Pakistan territory. India has deployed forces in the border areas to counter the influx of terrorists from the Pakistan side.

Without providing any substantive evidence, Sharif said that millions of fake domicile certificates have been issued to non-Kashmiris. He further made fake claims that Kashmiri land and properties are being seized.

In spite of having to deal with a severe economic crisis and massive devastation caused by floods back home, Sharif spoke of the possibility of war and said that India must understand that “both countries are armed to the teeth and war is not an option”.

“Pakistan needs a stable external environment. We look for peace with all our neighbours, including India. I think it’s high time that India understood this message loud and clear that both countries are armed to the teeth. War is not an option. It is not an option. Only peaceful dialogue can resolve these issues so that the world becomes more peaceful in time to come,” he said.

During his address, Sharif warned the United Nations that climate disasters will not remain confined to his country. He said, “What happened in Pakistan will not stay in Pakistan.”

Sharif talked about the injustice inherent in the crisis, with his country at “ground zero” of climate change but responsible for less than one percent of carbon emissions.

“Why are my people paying the price of such high global warming through no fault of their own? Nature has unleashed her fury on Pakistan without looking at our carbon footprint, which is next to nothing,” he said.

“It is therefore entirely reasonable to expect some approximation of justice for this loss and damage, not to mention building back better with resilience,” he added.