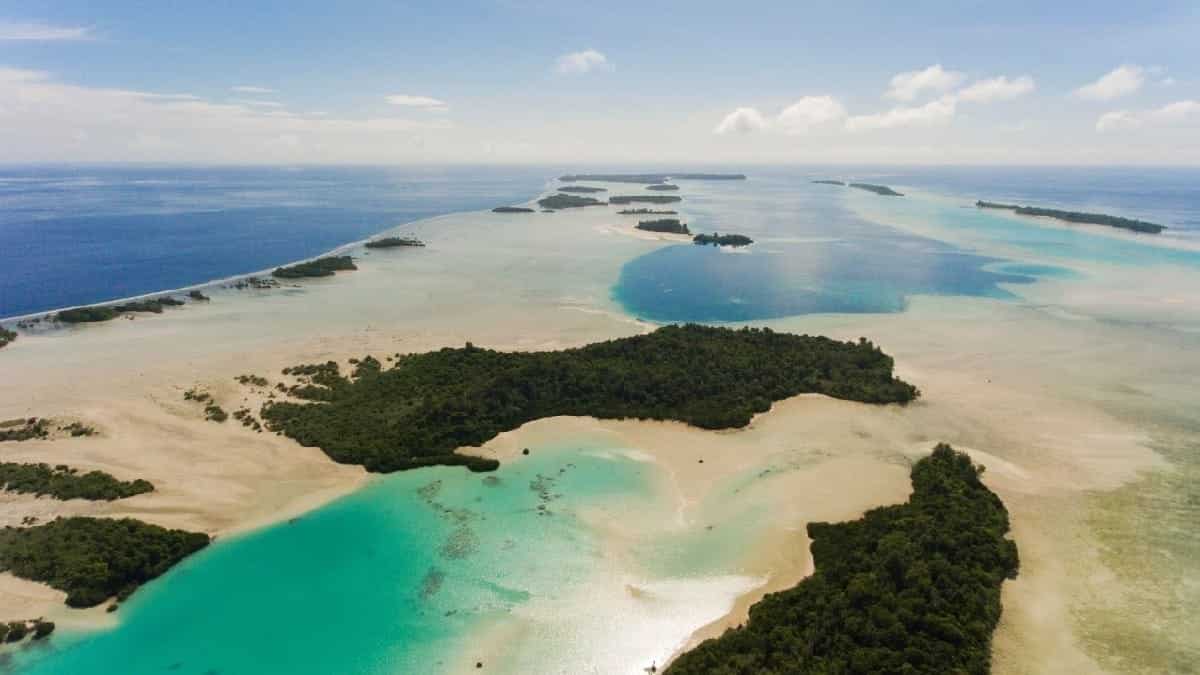 In one of Asia’s most captivating real estate sales, a group of serene islands in the northeast of Indonesia’s Bali, are up for sale. Known as Widi Reserve, the 100-plus islands in east Indonesia’s “Coral Triangle” are spread out over 85,000 hectares, roughly two-thirds the size of India’s capital New Delhi.

Indonesian law does not permit for private ownership of islands, however, shares in a business with development rights can be sold to anyone.

Charlie Smith, executive vice president for EMEA (Europe, the Middle East and Africa) at Sotheby’s Concierge Auctions, clearly expects the bids for this archipelago to be significant.

“Every billionaire can own a private island, but only one can own this exclusive opportunity spread across 100-plus islands,” he said in a press statement.

This island chain is reportedly one of the most intact coral atoll ecosystems left on earth and is home to hundreds of rare and endangered species including Blue Whales, Whale Sharks, 600 documented species of marine mammals, fish, birds, insects and lizards, and species yet to be discovered.

The Reserve is only accessible by private plane. Bali’s Gusti Ngurah Rai International Airport is a 2.5-hour flight away.

The auction kicks off on December 8 and will last until December 14. There is no reserve price, but bidders are asked to put down a $100,000 deposit to prove they are serious.