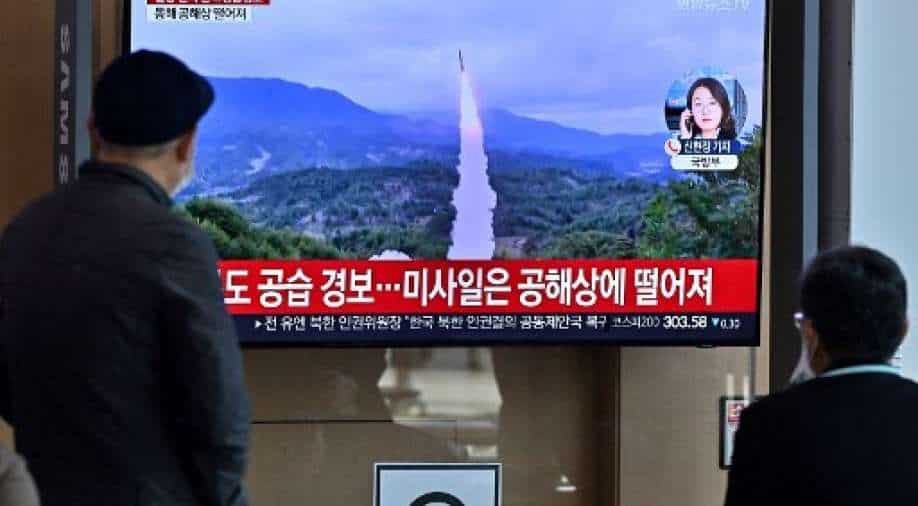 The conflict between North and South Korea continued to escalate as Pyongyang launched 23 missiles – including one that came dangerously close to the border separating the two nations – on Wednesday.

In the past few months, the two countries have both tried to show their military might in the area but this was the first time that more than 20 missiles were launched in a single day. South Korea also retaliated by launching three air-to-surface, precision-guided missiles near the eastern sea border.

The North Korean military launched 17 missiles in the morning and later, they launched six more.

One of the missiles landed in international waters which were just 26 km away from the border, according to South Korean authorities. It prompted Ulleung island to organise emergency evacuations as North Korea went on to fire 100 artillery shells into an eastern maritime buffer zone.

The office of the South’s Joint Chiefs of Staff also issued an air raid alert following the missile launches and went on to close all air routes in the eastern part of the country to control the situation.

“This is very unprecedented and we will never tolerate it,” the official statement read.

The escalation is believed to be a response from North Korea after South Korea and the United States organised joint military drills. Pyongyang said it will make South cay the most horrible price in history”.