Skip to content
HomeWorldNancy Pelosi’s Taiwan trip provokes China: A win for her, but a headache for the region 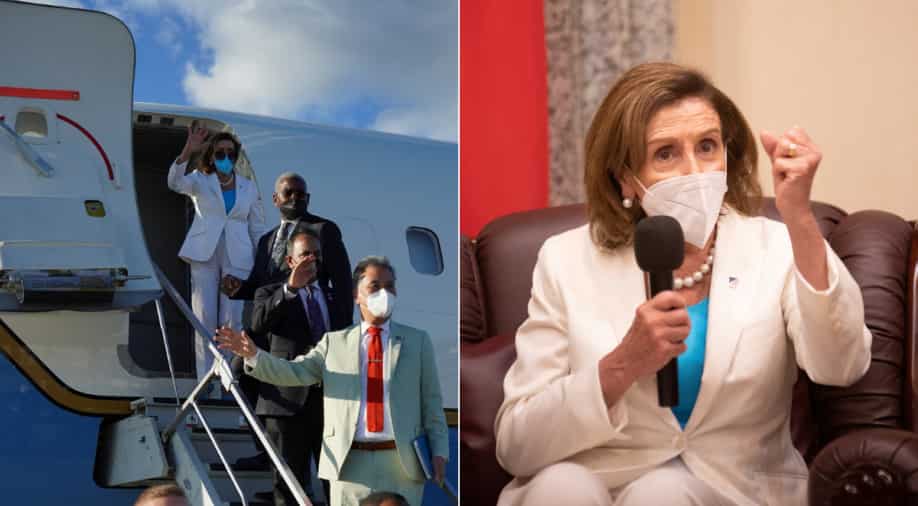 The United States House Speaker Nancy Pelosi departed from Taiwan on Wednesday (August 3) evening, ending a historic as well as a controversial tour. The vital trip has angered China, which believed that Pelosi’s visit to the island nation would “lead to egregious political impact”. This was the highest-level US visit to Taiwan in 25 years.

Calling the visit a provocation, furious Beijing even geared up for military exercises dangerously close to Taiwan’s shores in retaliation for the visit. The United States warned China against using the visit as a pretext for military action against Taiwan.

Leading a congressional delegation to Taiwan is a win for Pelosi but it certainly has caused a headache for the already politically tensed region. With a pledge of solidarity to Taiwan, she is also leaving a trail of Chinese anger.

Pelosi, who is second in line to the US presidency, told Taiwan President Tsai Ing-wen, “Our delegation came to Taiwan to make unequivocally clear that we will not abandon Taiwan. Now, more than ever, America’s solidarity with Taiwan is crucial, and that’s the message we are bringing here, today,” she said during her roughly 19-hour visit.”

“Facing deliberately heightened military threats, Taiwan will not back down. We will… continue to hold the line of defence for democracy,” Tsai said at an event with Pelosi in Taipei.

Tsai also thanked the 82-year-old US lawmaker for “taking concrete actions to show your staunch support for Taiwan at this critical moment”.

On Wednesday evening, Pelosi’s delegation left Taiwan. Her next stop is the ongoing Asia tour in South Korea and after that, she will head to Japan.

China has claimed Taiwan as its own territory since the Chinese civil war of the 1940s and claims that Tsai Ing-wen will defy China’s one-nation policy by pushing for formal independence – a red line for the nation. Beijing even claimed that, in case needed, it will use force to unite the two territories.

On the other hand, Taiwan has its own constitution and leaders are elected democratically and the US says it backs the sovereignty of the island nation – the same war reiterated by Pelosi during her visit.

ALSO READ | Pelosi in Taiwan: How SPAR19 became the most tracked flight of all time

Apart from military drills, China also imposed a trade ban by announcing a suspension of imports of citrus fruits, chilled white striped hairtail and frozen horse mackerel from Taiwan in retaliation. While its commerce ministry banned the export of natural sand to Taiwan.