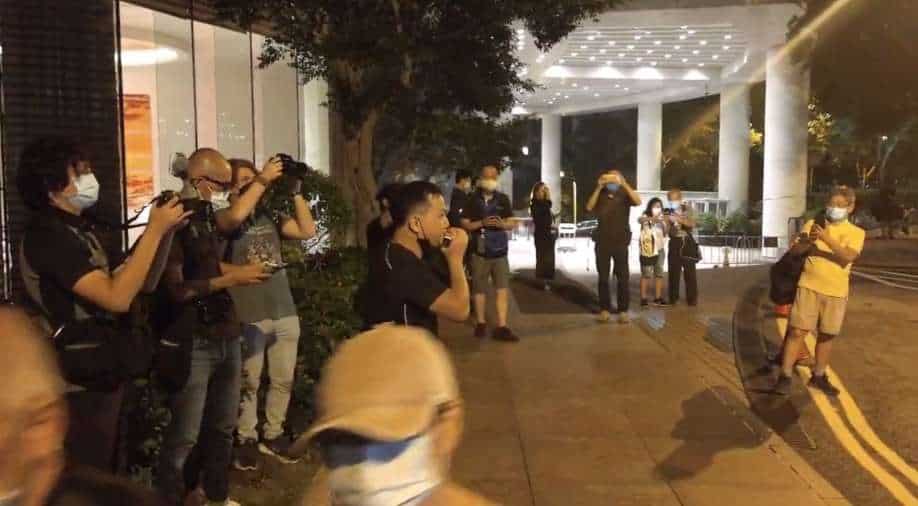 A 43-year-old man in Hong Kong was arrested on the charges of sedition after he allegedly played a song, which was popular during the 2019 anti-government protests, outside the British consulate where locals had gathered to mourn Queen Elizabeth II’s death.

According to CNN, the man was playing “Glory to Hong Kong” opposite the diplomatic mission in Admiralty on Monday night.

The man, who is surnamed Pang, was granted bail following interrogation but will be required to report back to police in late November.

According to local media, Pang stood outside the consulate and played “Glory to Hong Kong”—the anthem of pro-democracy protests in 2019—on a harmonica while the crowd sang along. A video of the incident has also gone viral.

While many live-streamed the funeral procession on their phones, others held up candles and laid flowers at a memorial site.

Police then swooped down and detained Pang, following which he was escorted to their van.

Pang was charged under the 1938 Crimes Ordinance—a seditious law once used by the colonial British government to target pro-China groups and publications.

The 20th century law defined sedition as speech that brought “hatred or contempt” against the Queen, her heirs, or the Hong Kong government.

The law was later revived in 2020 with the introduction of the national security law by China to suppress secession, subversion, collusion with foreign forces and terrorist activities.

The Crimes Ordinance law carries a maximum penalty of two years in prison and a HK$5,000 (US$640) fine for a first-time conviction.

The Court of Final Appeal has defined the offence as one capable of endangering national security.

So far, 201 people have been arrested as of June 30, 2022, in connection with the national security law and over half of them have been charged, according to South China Post.