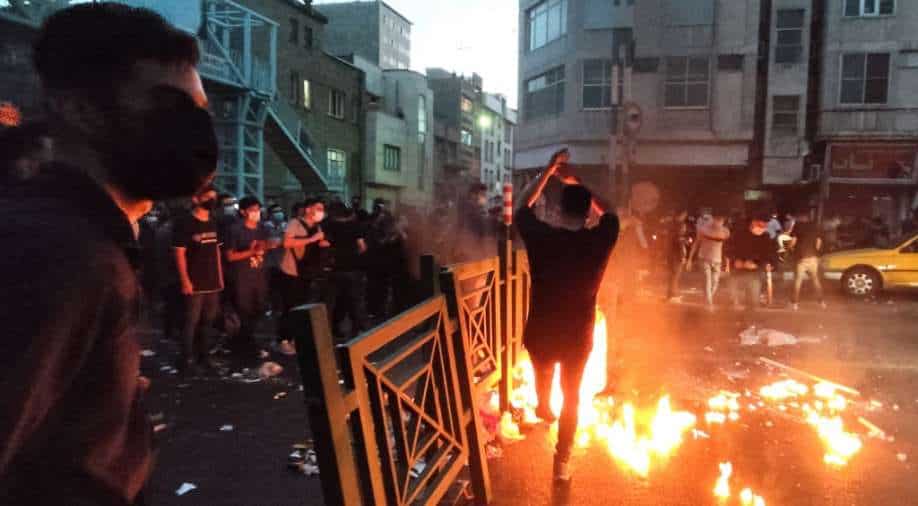 At least four people have been reportedly killed while protesting against the death of a woman detained by the Iranian morality police for violating the hijab ban.

According to local media and human rights groups, the number of casualties, , including a police officer and a member of a pro-government militia, has risen in the past two days even as the agitation continues unabated for the fifth day on Wednesday.

But the number of deaths could be high as Kurdish rights group Hengaw claimed that 10 protesters had been killed, reports Reuters news agency.

They alleged that three died on Wednesday, out of the seven people killed so far by security forces.

However, Iranian officials have denied that protesters were killed by them, suggesting that they may have been targeted “armed dissidents”.

The protests, initially concentred in Iran’s Kurdish-populated north-western regions, eventually spread to at least 50 cities and towns, making it one of the largest demonstrations since the one that took place in 2019 over gasoline prices.

The widespread anger was trigged over the death of Mahsa Amini, a 22-year-old from Iranian Kurdistan, last week who was arrested in Tehran for “unsuitable attire”.

According to reports, Amini fell into a coma while in detention and eventually died. Her funeral was on Saturday.

Her father said Amini had no health problems and claimed that she suffered bruises to her legs while in custody.

He blamed the morality police for death, but the officers concerned refuted the allegation.

This week, a top aide to Supreme Leader Ayatollah Ali Khamenei paid condolences to Amini’s family, saying that Khamenei was pained by her death.

He assured to follow up on the case and do the needful.

Meanwhile, the top officials curbed internet across the country, while many observed that their phone networks have also been shut down.