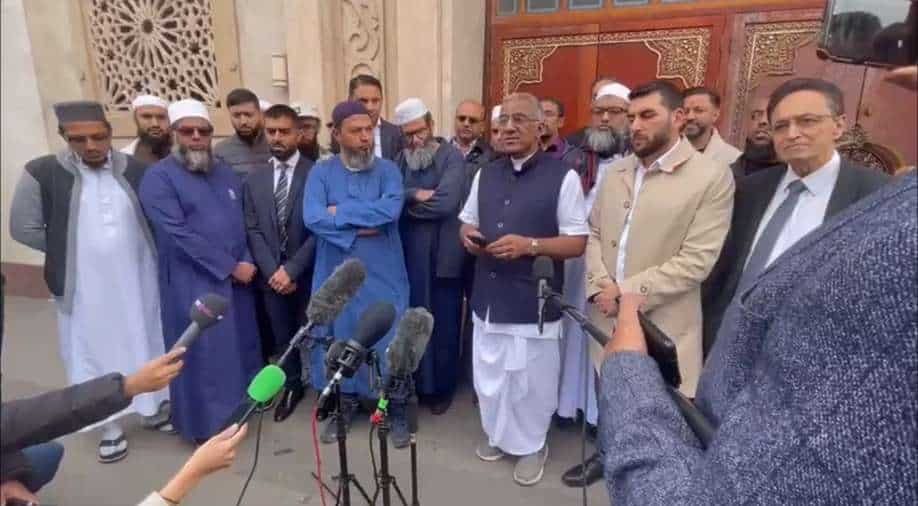 Following days of unrest that unfolded between Muslims and Hindus in UK’s Leicester city over a cricket match between India and Pakistan, leaders of both communities made an impassioned plea to give peace a chance and called for an end to this cycle of hatred.

Issuing a joint statement on Tuesday, leaders from the Jame Mosque and Iskcon Hindu temple pointed out the bonds of friendship shared between the two faiths and demanded that “inciters of hatred” leave the city alone.

Reading out the joint statement outside a mosque, President of Leicester’s ISKCON temple Pradyumna Das said, “This is a statement of unity between the Hindu and Muslim community. We, the family of Leicester stand in front of you, not only as Hindus and Muslims, but as brothers and sisters. Our two faiths have lived harmoniously in this wonderful city for over half a century. We arrived in this city together. We faced the same challenges together.”

He said that they are “saddened and heartbroken to see the eruption of tension and violence” that led to 25 police officers being injured and 47 arrests over the weekend.

“We arrived in this city together. We face the same challenges together; we fought off racist haters together and collectively made this city a beacon of diversity and community cohesion,” the statement said.

“#Leicester has no place for any foreign extremist ideology that causes division. Our message to anyone that sows disharmony between us is clear ‘we will not let you succeed.’” pic.twitter.com/qhYY7bqzff

“That is why we are saddened and heartbroken to see the eruption of tension and violence. Physical attacks on innocent individuals and unwarranted damage to property are not part of a decent society and, indeed, not part of our faiths,” it added.

Earlier, the community leaders had pinned the blame on the outsiders coming to the city and inflaming existing tensions.

So far, 47 people have been arrested, mostly young men in the east part of the city.

The violence erupted on August 28 after Pakistan defeated India in the Asia Cup cricket match.

Several clips that went viral on social media showed violence breaking out after the cricket match. Since then, there have been reports of targeted attacks and incidents of vandalism against Hindu symbols.

The Indian High Commission on Monday deplored the incident, asking the UK authorities to take strict action against the perpetrators.

“We strongly condemn the violence perpetrated against the Indian Community in Leicester and vandalisation of premises and symbols of Hindu religion. We have strongly taken up this matter with the UK authorities and have sought immediate action against those involved in these attacks. We call on the authorities to provide protection to the affected people,” the High Commission’s statement read.