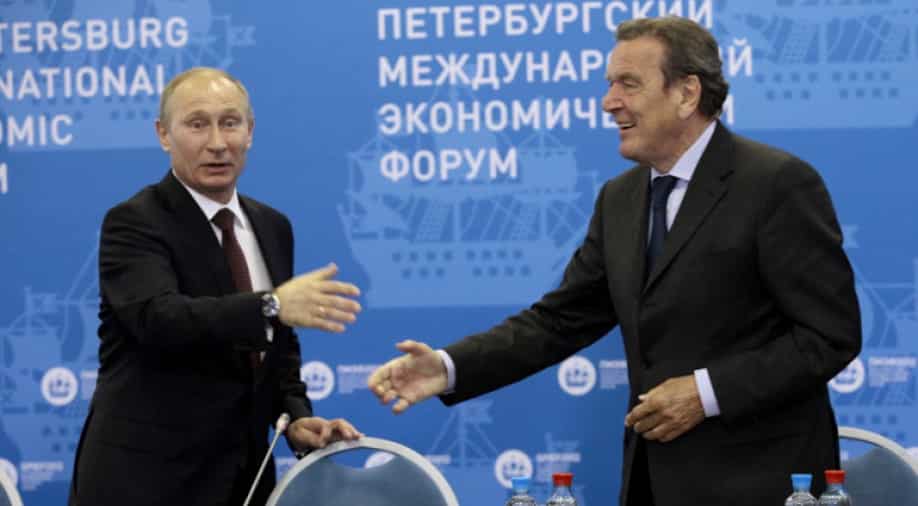 Schroeder who is believed to be close the Russian President Vladimir Putin said that the unprecedented grain deal could be “expanded” into a “ceasefire”.

The former German Chancellor added that “crucial problems such as Crimea could be found over time”. Russia had annexed the Crimean region from Ukraine in 2014.

Schroeder expressed hope that the Crimean issue can be resolved “maybe not over 99 years, like Hong Kong, but in the next generation”. The former Chancellor said he had Putin last week.

Schroeder was German chancellor from 1998 to 2005 as Putin rose to power in Russia. President Putin had declared a “special military operation” against Ukraine on February 24 as Russian forces entered the neighbouring country. However, Putin’s forces later retreated from the Kyiv region amid fierce resistance by Ukraine forces.

However, reports claim Russian forces have made gains in the eastern region as Ukraine President Zelensky ordered civilians to leave the Donetsk region.

Ukraine and Russia had concluded a grain deal amid the war as Zelensky pointed out that at least 25 million tonnes of foodgrain worth nearly $10 billion was ready to be shipped out of Black Sea ports.