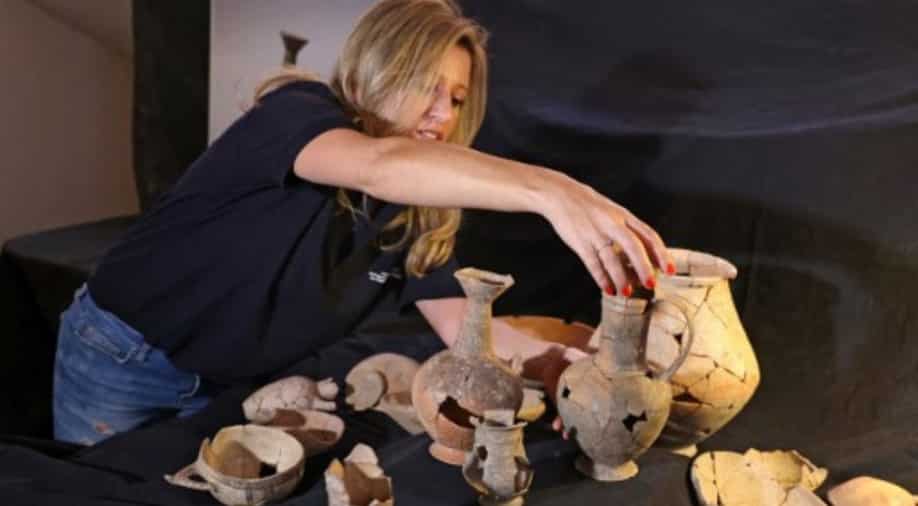 The discovery of opium residue in 3,500-year-old pottery fragments by Israeli archaeologists on Tuesday provided proof for the idea that the hallucinogenic narcotic was utilised in ancient funeral ceremonies.

After a number of Late Bronze Age burials were discovered during excavations in the central Israeli town of Yehud in 2012, the Israel Antiquities Authority and Weizmann Institute of Science joined forces to conduct a collaborative examination.

At the site, archaeologists discovered clay containers from the 14th century BC that resembled the poppy flowers—from which opium is manufactured.

The researchers claimed in a statement that they next looked to see if they had been used as receptacles for the substance, which earlier writing had revealed was utilised in Canaanite burial ceremonies. They discovered “opium residue in eight vessels.”

According to Ron Be’eri, an archaeologist with the antiquities department, these were probably “placed in graves for ceremonial meals, rites and rituals performed by the living for their deceased family members.”

During these ceremonies, “family members or a priest on their behalf” would “attempt to summon the spirit of their dead relatives… and enter an ecstatic state by using opium”, Be’eri said.

But he agreed that there was still a lot to learn about its historical use. He remarked, “We can only speculate what was done with opium.”