Skip to content
HomeWorldIOC to explore pathway for Russian, Belarusian athletes to compete in Paris Olympics 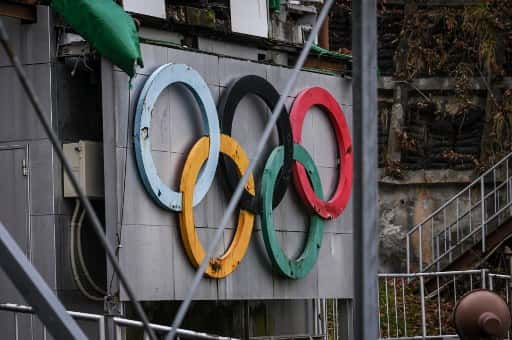 The International Olympic Committee (IOC) said on Wednesday (January 25) that a pathway for the participation of Russian and Belarusian athletes should be further explored for next year’s Paris Olympics, ignoring calls from the Ukrainian government to ban them completely. In a statement, the IOC said that no athlete should be prevented from competing just because of their passport.

“Respect the rights of all athletes to be treated without any discrimination, in accordance with the Olympic Charter. Governments must not decide which athletes can participate in which competition and which athletes cannot,” the statement said. “A pathway for athletes’ participation in competition under strict conditions should therefore be further explored,” it added.

As per the IOC, the first strict condition was that athletes from Russia and Belarus would participate in competitions as “neutral athletes” and in no way represent their state or any other organisation in their country.

The second condition was only athletes who fully respect the Olympic Charter would participate. “This means in particular: first, only those who have not acted against the peace mission of the IOC by actively supporting the war in Ukraine could compete. Second, only athletes who fully comply with the World Anti-Doping Code and all relevant anti-doping rules and regulations would be eligible. There must be individual checks carried out for all entered athletes,” Wednesday’s statement added.

The IOC warned that athletes failing to respect the conditions should be immediately removed from the competition by the sports event organiser, suspend from further competitions and report such incidents to “the committee for its consideration for further measures and sanctions.”

The IOC’s statement comes after Ukrainian President Volodymyr Zelensky called for a total exclusion of Russian and Belurasian athletes. After speaking with his French counterpart Emmanuel Macron, Zelensky posted on Telegram on Tuesday, “I particularly emphasized that athletes from Russia should have no place at the Olympic Games in Paris.”

Meanwhile, after the IOC’s remarks, the Russian Olympic Committee president Stanislav Pozdnyakov said later Wednesday that the voice of common sense had been heard. “The priority for us remains the same — to secure the rights and interests of our athletes,” Pozdnyakov said, the news agency AP reported.