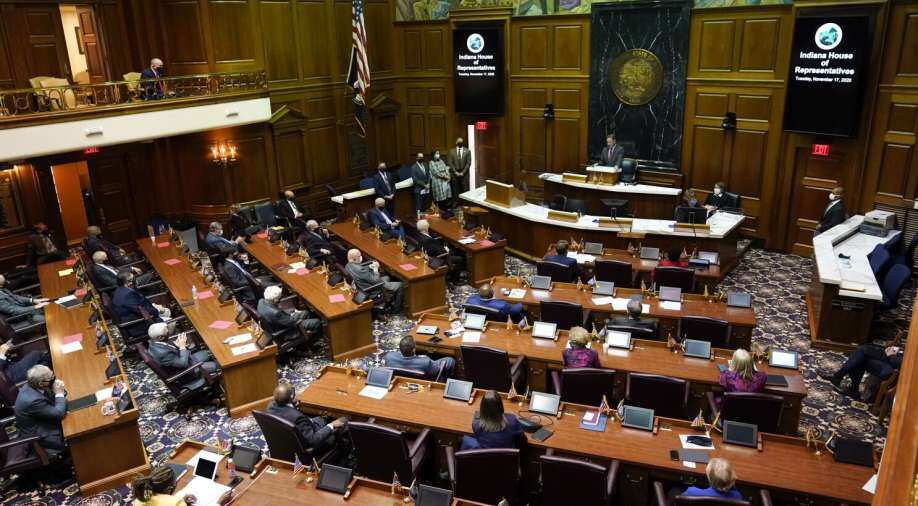 The Indiana legislature has passed an abortion bill that bans the procedure with very few exceptions, becoming the first US state to pass a restrictive law since Roe v. Wade was overturned by the Supreme Court in June.

Known as SB1, the bill was passed in the state Senate on Friday with 28 in favour while 19 against the bill. Earlier that day, it was passed by the Republican-controlled state House 62-38.

However certain exceptions have been introduced in the bill whereby abortion can be allowed. For example, when the life of the mother is at risk and for fatal foetal anomalies, up to 20 weeks post-fertilization. Apart from that, it would also allow exceptions for some abortions if the pregnancy was a result of rape or incest.

Currently, Indiana allows abortions up to 20 weeks after fertilization (or 22 weeks after the mother’s last menstrual period).

Under the bill, patients cannot use telehealth medicine facility to seek an abortion. They are to consult a provider in person.

After the House passed the bill, Republican Rep. Wendy McNamara, who sponsored the legislation, at a media briefing said that this bill “makes Indiana one of the most pro-life states in the nation.”

The bill will now be tabled before Governor Eric Holcomb, who is expected to sign the bill into law. It is expected to go into effect by September 15.

The Republicans had attempted to remove exceptions for rape or incest from the bill on Friday, but the Indiana House rejected the proposed amendments.

Moreover, a portion of the bill mandating rape and incest victims to sign an affidavit attesting the attack happened before being allowed to get an abortion was also rejected by the House.