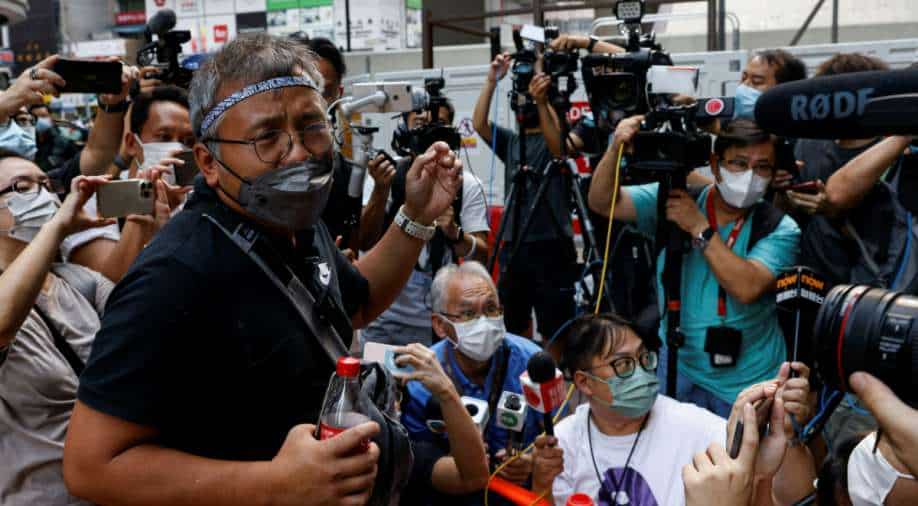 A Hong Kong journalist was charged on Monday (September 20) just days before he was to leave for an Oxford University fellowship. Ronson Chan, the journalist, was charged with obstructing police officers. This is being seen as a further blow to media freedom in the city ruled by China. Chan is chairman of the Hong Kong Journalists Association.

Chan, who requested the officers identify themselves before handing over his identity document, was handcuffed and arrested.

Speaking to reporters on Monday after he was formally charged with obstructing police officers at a police station, Chan maintained he had acted within his rights by asking to see the officers’ warrant cards.

He said he needed to appear in court on Thursday.

“Not an easy environment” he said, when asked whether media freedoms were deteriorating in Hong Kong.

The Hong Kong Journalists Association is one of the last major professional groups in Hong Kong advocating fundamental rights and media freedoms, following the enactment in June 2020 of a controversial national security law by Chinese authorities.

The law attracts criticism as a tool of repression in Hong Kong. The law was passed after massive pro-democracy protests in Hong Kong in the year 2019. China claims that the law has brought stability.

The HKJA has been under pressure to disband from pro-Beijing media outlets who accuse it of being an anti-China organisation with ties to overseas groups such as the National Endowment for Democracy – claims the HKJA has denied.