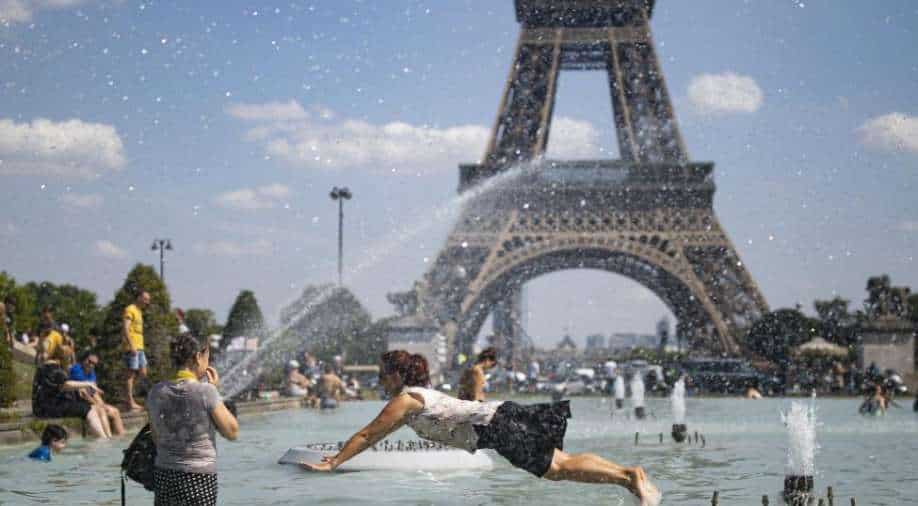 The temperature outside of Paris’ Garnier Opera house reached 56 Celsius on urban planning expert Tangui Le Dantec’s thermometer as a third heatwave roasted France this week. There was hardly a tree in sight, and there was no shade.

The Place de l’Opera is one of many so-called “urban heat islands” in the French capital that lack the trees that can shade cities and cool them down, offering a crucial line of defence against the heatwaves that meteorologists warn are becoming more intense due to global warming.

Le Dantec’s thermometer registered 28 Celsius just a minute’s walk away, in the shade along the Boulevard des Italiens’ tree-lined path.

“Immediately, there’s a bit of a breeze … You can breathe,” Le Dantec, who founded Aux Arbres Citoyens, an action group opposed to tree felling.

Paris has a low percentage of green space compared to other major cities. The World Cities Culture Forum reports that only 10% of Paris is made up of green space, such as parks and gardens, compared to 33% in London and 68% in Oslo.

According to the national weather service Meteo France, last month was the warmest July on record in France. The scorching temperatures highlighted the need to improve the capital’s natural defences against climate change.

By 2026, Paris City Hall hopes to establish “islands of freshness” and will have planted 170,000 trees. Additionally, it is removing the concrete from dozens of school yards and replacing it with dirt and plants.

“In Paris, Schoolyard Oases account for nearly two hectares of vegetation over 100 schoolyards, so it is already significant. And then, we also make the streets greener,” said Jacques Baudrier, deputy Paris mayor tasked with the green ecological transition in buildings.

However, City Hall’s environmental goals have led to a number of demonstrations. Le Dantec and other environmental activists claim that numerous decades-old trees had been cut down by the local government to make place for garden areas.

In reshaping the city’s landscape, the authorities’ own goals are at odds with the removal of mature trees since new saplings are less effective at fending off heat radiation and are more susceptible to drought.

In order to fulfil Mayor Anne Hidalgo’s idea for a “green belt” around the city, Thomas Brail captured video of more than 70 trees being cut down in April on the city’s northern borders.

Paris cannot be remodelled to better combat climate change, according to urban planners at City’s Hall, without cutting down some trees, but Brail disagreed.

“These trees had a role to play (in fighting heat),” the activist said.