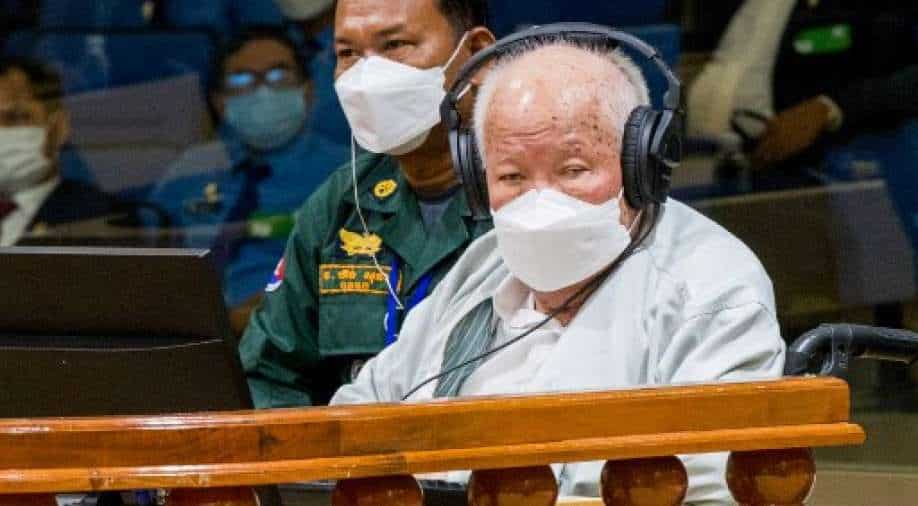 The United Nations-backed Khmer Rouge war crimes court decided to uphold the genocide conviction and life sentence which was imposed on the last surviving leader from Cambodia’s communist regime – Khieu Samphan. 91-year-old Samphan was the head of state for the regime that is infamous for killing almost a quarter of the country’s population during their reign in the 1970s, according to AFP.

Earlier, Samphan was charged by the extraordinary chambers in the courts of Cambodia (ECCC) in 2018 with violations of the Geneva Convention and also with the genocide of the Vietnamese minority.

“The Supreme Court chamber finds no merit in Khieu Samphan’s arguments regarding genocide and rejects them,” Chief Judge Kong Srim said in his judgement according to The Guardian.

The judgement also made it clear that Samphan had “direct contemporaneous knowledge of the commission of crimes and shared the intent for their commission” during his tenure.

During the communist regime, it was estimated that around 1.5 to 2 million people died in Cambodia due to extreme torture, mass executions and labour camps. The worst affected were the country’s minorities as around 20,000 ethnic Vietnamese and 100,000 to 500,000 Cham Muslims were killed.

“By no stretch of the imagination could it be seriously stated that the CPK revolution was implemented in a benevolent or altruistic manner,” the ruling said with CPK referring to the communist party.

The only other person who was convicted by the special court was Kaing Guek Eav, head of the S-21 torture interrogation centre which was infamous for putting captives through inhuman tortures.