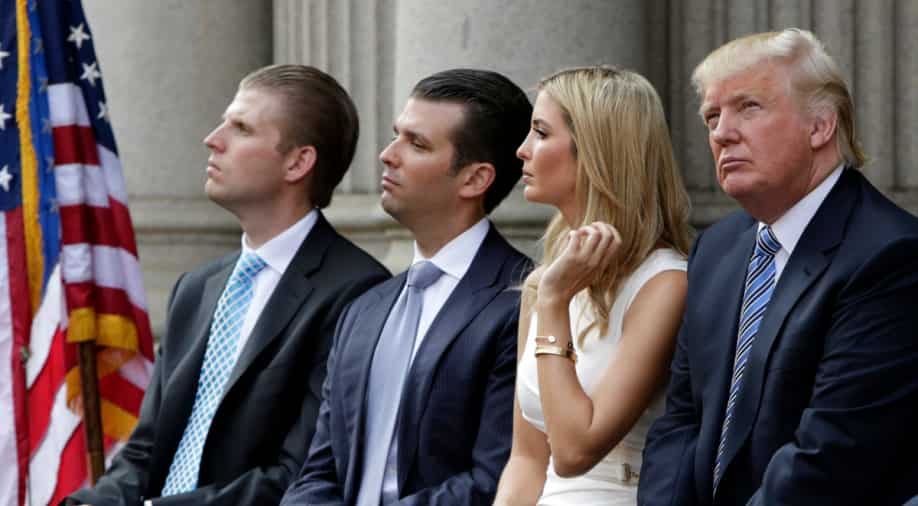 A new lawsuit filed against former US president Donald Trump and his three children, alleges that the family had for years lied to insurers and lenders for tax purposes. The suit, which has been filed by New York state’s attorney general Letitia James on Wednesday (September 21) claims that the Trump family both inflated and deflated their worth by billions.

Hitting back at James Donald Trump referred to the legal action against his family and real estate company as “another witch hunt” and dubbed the Black attorney general a “racist.”

As per AFP, Trump wrote on Truth Social, “Another Witch Hunt by a racist Attorney General, Letitia James, who failed in her run for Governor, getting almost zero support from the public.”

James New York’s top state prosecutor, alleges that the former president lied about his net worth “to obtain and satisfy loans, get insurance benefits, and pay lower taxes”. He is said to have done this with the assistance of his children, Donald Trump Jr., Eric Trump, Ivanka Trump and others from the Trump organisation.

“In short, he lied to gain massive financial benefits for himself,” she said.

The civil lawsuit was criticised by Liz Harrington, a spokesperson for Trump, as a political move by Democrats against the Republican businessman.

“A tale of two justice systems — yes where criminals go free, and the Democrats only go after their political opponents!,” she said taking to Trump’s Twitter-like platform Truth Social.

The case submitted to the New York State Supreme Court claims that Trump’s annual financial statements for at least a decade “grossly inflated” the worth of all of his properties, from Mar-a-Lago in Florida to Trump Tower in Manhattan, to a “staggering” extent.

Also read | ‘Location is everything’: Trump mocks Biden for getting back seat at Queen Elizabeth funeral

James alleges that Trump did this to get loans that were more favourable and had lower interest rates and premiums. Her office is seeking a five-year ban on Trump, and his children from owning property in the state, as well as fines of at least $250 million and a prohibition against them holding businesses.

The investigation is just one of numerous congressional, criminal, and civil inquiries into Trump, who plans to run for president again in 2024.