Skip to content
HomeWorldDogs can detect if people are under stress, says study 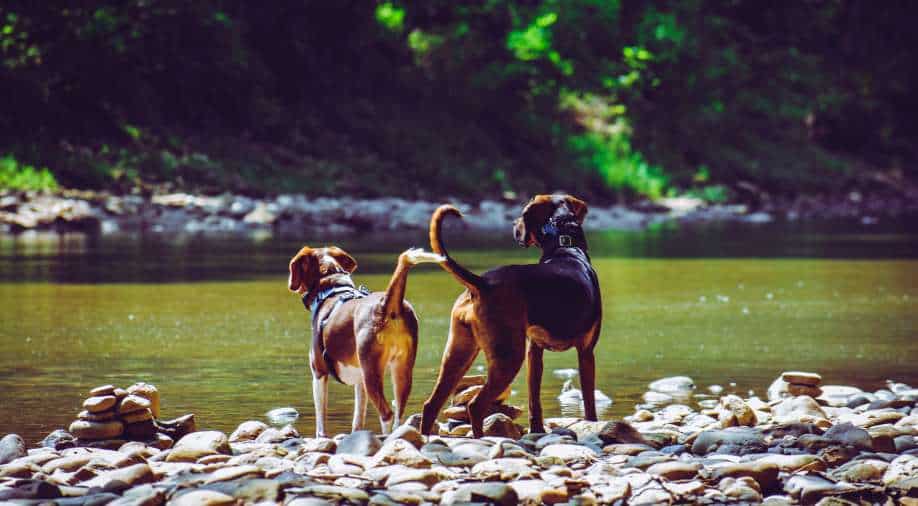 Scientists have discovered that humans emit different a odour when they are under stress, and dogs have the ability to detect it.

Previous research had shown that dogs can pick up on different emotions of humans through smell, but doubts remained whether they are able to find out if people are under stress.

“This study has definitively proven that people, when they have a stress response, their odour profile changes,” Clara Wilson, a doctoral candidate at Queen’s University Belfast, and first author of the research, said, reports the Guardian.

She contended that the study could be useful while training service dogs, such as those that support people with post-traumatic stress disorder (PTSD).

Their study was published on Wednesday in the journal PLOS ONE.

Under this study, the canines were trained to search a scent line-up—which had breath and sweat samples from study participants—and alert the researchers of the correct sample. The stress and relaxed samples were then introduced but at this stage, the researchers didn’t know if there was an odour difference that dogs could detect.

In every session, a dog was given a person’s relaxed and stressed samples, taken only four minutes apart. All of the dogs were able to correctly alert the researchers to each person’s stress sample.

The study noted that the participant dogs were able to detect different emotions with more than 90 per cent accuracy.

The study’s author, Wilson, said while the dogs were specifically trained to differentiate the samples, it is possible that even untrained pet dogs might detect changes in odour when a human becomes stressed.