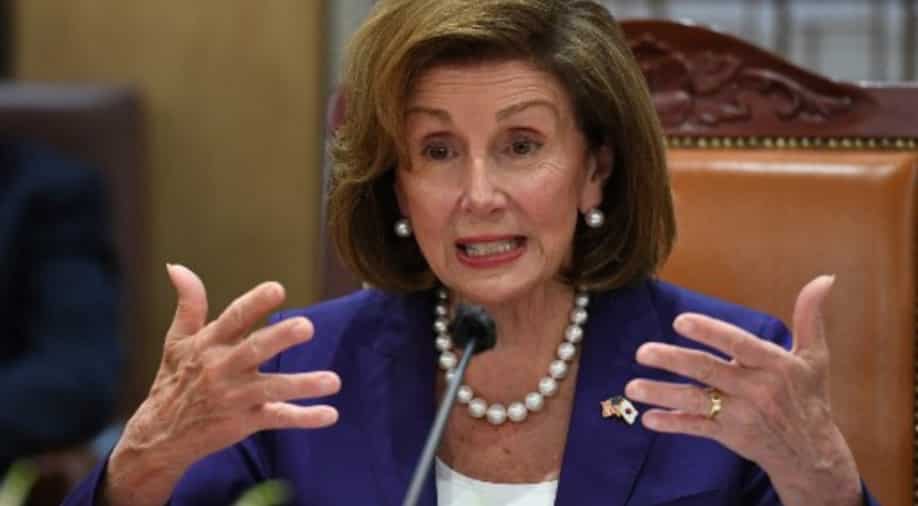 After a controversial trip to Taiwan, United States House Speaker Nancy Pelosi was in South Korea on Thursday (August 4) where she even visited the heavily fortified Demilitarized Zone (DMZ). Notably, she couldn’t meet with the country’s President Yoon Suk-yeol. But why?

The South Korean president has been accused of avoiding Pelosi in order to appease China. As per reports, Yoon had planned a summer holiday even before Pelosi’s visit was announced. The reports also mentioned that the South Korean leader is in Seoul.

The last time Pelosi visited South Korea was in 2015. During that visit, she met with then president Park Geun-hye and also the South Korean then foreign minister.

But this time, Yoon’s office the president’s said this week that he is on holiday and won’t be able to meet Pelosi. Meanwhile, the country’s Foreign Minister Park Jin was in Cambodia for the Association of Southeast Asian Nations meeting.

Media reports have stated that some critics accused Yoon of intentionally avoiding Pelosi to avoid China, which is currently furious due to Pelosi’s visit to Taiwan.

China is South Korea’s biggest trading partner. When Pelosi visit Taiwan, China slapped the island nation with trade bans. And it is assumed that South Korea would want to avoid similar actions.

As reported by The Financial Times, it is believed that Yoon was at home in Seoul. He spoke to Pelosi by phone on Thursday afternoon.

IN PICS | From Singapore to Malaysia to Taiwan to South Korea to Japan: Nancy Pelosi’s whirlwind Asia-pacific tour

Kim Heung-kyu, who is the director of the US-China Policy Institute at Ajou University, told the Korea Times: “Pelosi is the number three politician in the US, and if this were in the past, the president or the foreign minister would have tried to hold talks with her, but I think that this time the government seems to have decided not to excessively politicise the issue and unnecessarily antagonise China.”

Yoo Seung-min, a high-profile former lawmaker from Yoon
s conservative ruling People’s Power party, said: “I can’t understand that the parliamentary leader of our ally visited Korea and our president is not meeting her. Being on vacation cannot be an excuse.”

“What can we make of the fact that he watched a play at a theatre and had a gathering [with the actors], but is still not meeting the US House Speaker?” Seung-min added.