Skip to content
HomeWorldChina: Man who attacked women at restaurant sentenced to 24 years 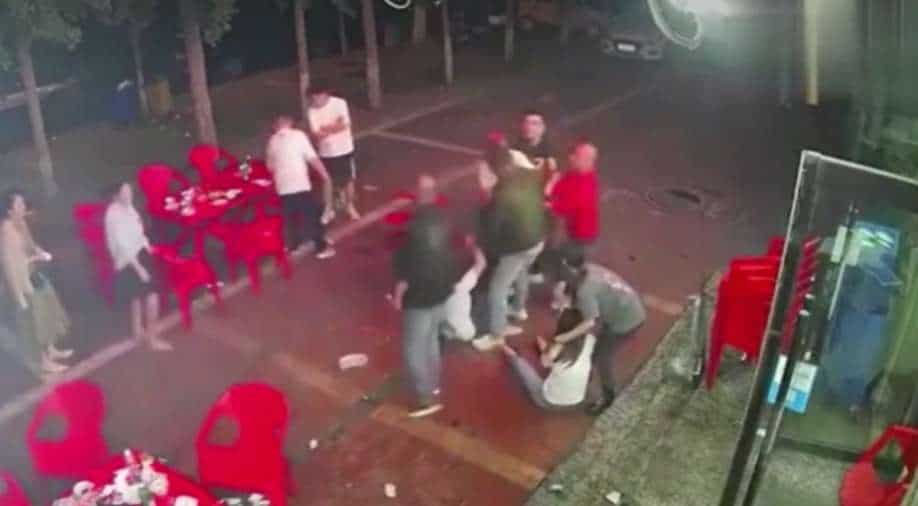 Man, who was the main perpetrator of an assault against a group of women in China at a barbecue restaurant in China was sentenced to 24 years in prison on Friday (September 23).

The court said in a statement said that Chen Jizhi started hitting the women after they rejected his “harassment” in the early hours of June 10 in Tangshan city, east of the capital Beijing.

The shocking incident was captured on a CCTV camera. The footage showed men viciously attacking the women. The incident led to a national debate over gender-based violence.

In the video, a man can be seen approaching a table at a barbecue restaurant. He was visibly seen touching a woman. When she pushed him away, he was seen striking her.

Moments after that, a group of men can be seen brutally attacking the woman and her apparent friends who were dining with her. Two women had sustained non-life-threatening injuries during the brawl.

The court said a police investigation after the attack found that Chen had been the ringleader of a gang that “menaced the public”, and that he had committed crimes including opening gambling dens since 2012.

Chen was found guilty of a list of offences, including disorderly behaviour, intentional injury, robbery and “gathering a mob to fight”.  He was fined 320,000 yuan in addition to the 24-year prison sentence, and 27 accomplices were given sentences ranging from six months to 11 years.