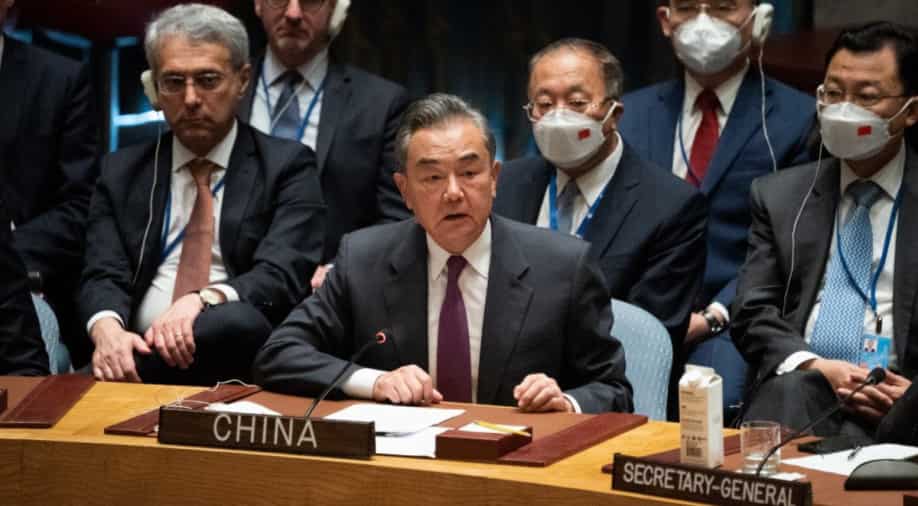 Comparing Taiwanese independence to a ”charging rhino” that must be stopped, China’s Foreign Minister Wang Yi blamed the US for speeding it along.

Highlighting that the legislation under consideration by US lawmakers threatens the foundation of US-China ties, Wang said Beijing will not tolerate the Taiwanese independence bid.

Calling the ties between the US and China at a “low ebb,” Wang said voices advocating the independence of Taiwan have grown because of Washington’s support.

During a speech at the Asia Society in New York, Wang said “We have always worked with the greatest sincerity and effort to pursue peaceful reunification, but we will never tolerate any activity aimed at secession.”

The term “grey rhinos”, which includes shadow banking, property bubbles and local government debts, has been used by Chinese authorities in the past to refer to high-impact financial hazards that risk being overlooked.

Since US House Speaker Nancy Pelosi’s visit to Taiwan in August, relations between Beijing and Washington have deteriorated further.

Triggering the Chinese army’s most provocative drills around the islands in decades, it has heightened tensions in the Taiwan Strait.

Saying a legal change is unnecessary because she already leads a sovereign nation, Taiwanese President Tsai Ing-wen’s party has avoided overt moves toward a formal break.

With about a quarter supporting independence at some point, government surveys show that most Taiwanese residents prefer maintaining the status quo.

When asked if the US would defend Taiwan if it is invaded by China, President Joe Biden answered ”yes” during an interview with “60 Minutes” that aired earlier this week.