Skip to content
HomeWorldChina: At least three killed and six injured in attack on kindergarten in Jianxi province 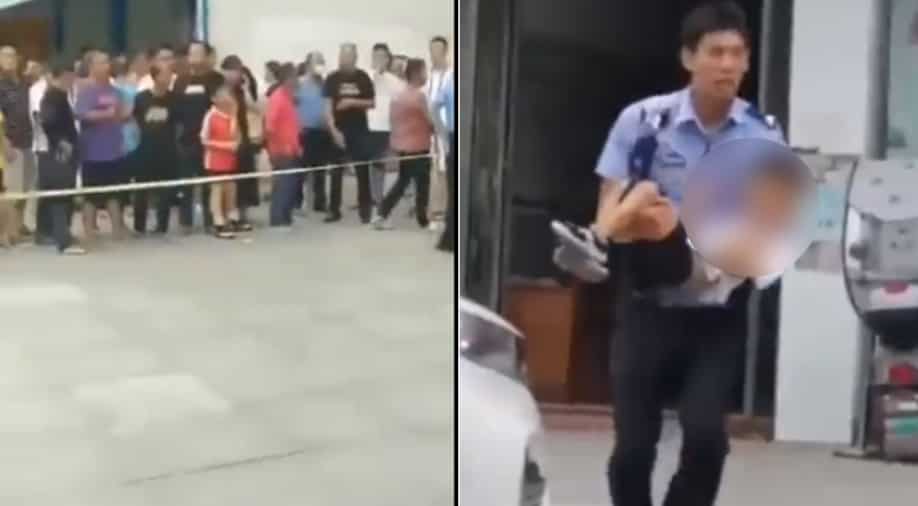 At least three people were killed and six were injured on Wednesday (August 3) in a stabbing incident at a kindergarten in the Chinese province of Jianxi, the news agency AFP reported, citing local police.

The officials posted on China’s Twitter-like platform Weibo that a 48-year-old “gangster” entered the private nursery school in Anfu county and stabbed and killed at least three people. As per reports, he was wearing a cap and a mask.

The local police identified the suspect as Liu Mouhui. The number of victims has been announced, but the ages of the victim have not yet been confirmed.

The police statement said, “Public security organs are making every effort to hunt down the suspect.” The suspect is still at large.

The video of the aftermath of the incident was circulated on social media forums. The video of the scene was shared by the state-run Beijing Daily. In the clip, a police officer can be seen carrying a tiny child in his arms to an ambulance.

In China, there are strict gun controls and tight security. Hence, such incidents of violent crime are quite rare. Though, there have been several knife and axe attacks in recent years.

Notably, fatal attacks specifically targeting kindergarten and school students have occurred nationwide, carried out by people reportedly wishing to wreak revenge on society or because of grievances with colleagues.