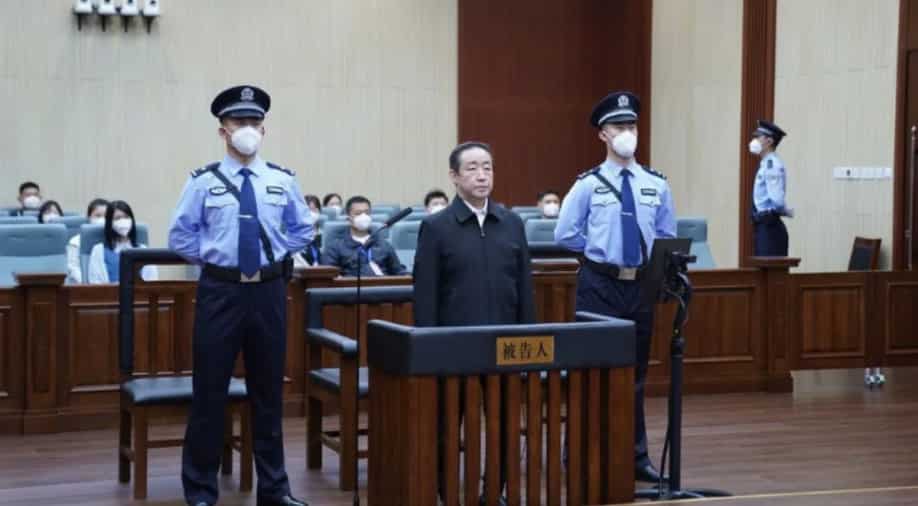 Accused of taking bribes and “bending the law for personal gains”, the 67-year-old spearheaded high-profile graft probes during his tenure.

Xinhua news agency also reported that Fu was also been part of a “political gang” of Sun Lijun who himself colluded with some top law enforcement officials with the aim of personal enrichment.

Indicating President Xi Jinping’s continued focus on “taking out the tigers” of corruption, Fu’s indictment comes weeks ahead of the all-important Communist Party of China (CPC) congress in October.

Fu Zhenghua, who was in charge of a high-profile corruption investigation into Zhou Yongkang, had also served as the head of the Beijing municipal public security bureau.

According to prosecutors, “During his tenure at the Beijing Municipal Public Security Bureau, Fu purposefully shielded his brother, who had severely breached the law, from criminal prosecution.”

With no possibility of parole, he was handed a suspended death sentence that will be commuted to life imprisonment after two years.

As a part of the anti-graft campaign, Zhou received a life sentence in jail for corruption in 2015 even though he was China’s top security official and retired as a member of the Communist party’s politburo standing committee.

When he took over as the general secretary of the Communist Party of China (CPC) in 2012, Xi had identified “corruption” as one of the primary “pressing issues” China faced.