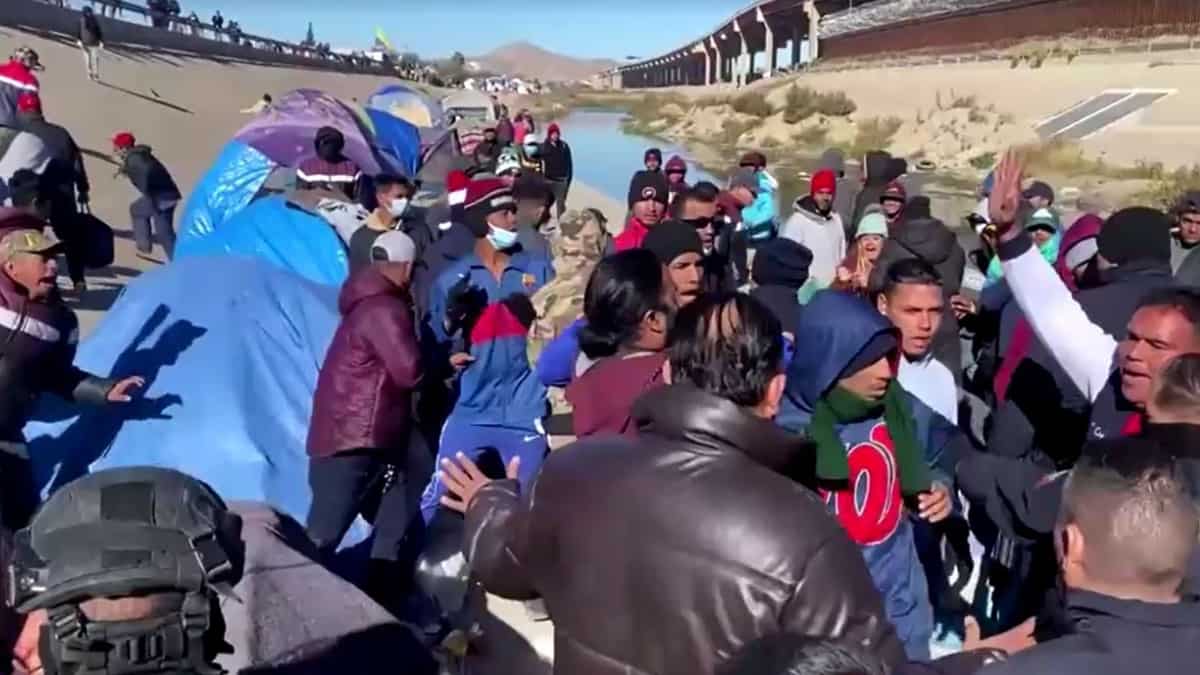 A migrant’s camp set up on the Mexican side of the border with the US was dismantled by the Mexico police on Sunday due to security reasons, a local official said. The camps had been set up by around 600 migrants mostly from Venezuela in the city of Ciudad Juarez. Mexico has been detaining migrants since a few days now.

The latest operation, Ciudad Juarez’s government’s Human Rights chief, Santiago Gonzalez says, was aimed at ensuring security of the migrants as there was a risk of fires, drownings and hypothermia.

As the riot police agents entered the camp set up besides the Bravo River, tensions arose between the officers and the migrants who were forced out of the tents. Some tents caught fire during the operation, which were then pushed into the nearby river to douse the flames.

Mexico detained more than 16,000 migrants in a four-day span, including nearly 5,000 Venezuelans, the country’s National Institute of Migration (INM) said last Monday. The majority of the migrants were from Central and South American countries, including 4,968 Venezuelans, 2,987 Guatemalans, 1,385 Nicaraguans, 1,311 Hondurans and 1,285 Ecuadorians.

An evicted Venezuelan migrant told Reuters that they didn’t want to leave the camp in front of the border wall as it was a way to put pressure on the US authorities to allow them to enter the country.

Under a plan agreed between US authorities and Mexico last month, the former will return some Venezuelan migrants who enter the US illegally to Mexico. However, earlier this month, a US judge ruled the pandemic-era order known as Title 42 unlawful, which was used to expel migrants to Mexico. Biden now finds himself in a tough spot regarding the border crossings.

Since then, thousands of migrants have been found camping in poor conditions elsewhere in Mexico.

Washington’s asylum policies have been swinging, leading to chaos, confusion and growth of migrant populations in Mexican border cities. Migrants have been camping on the borders waiting to enter the US. The United States had reopened its land borders with Mexico and Canada on November 8.