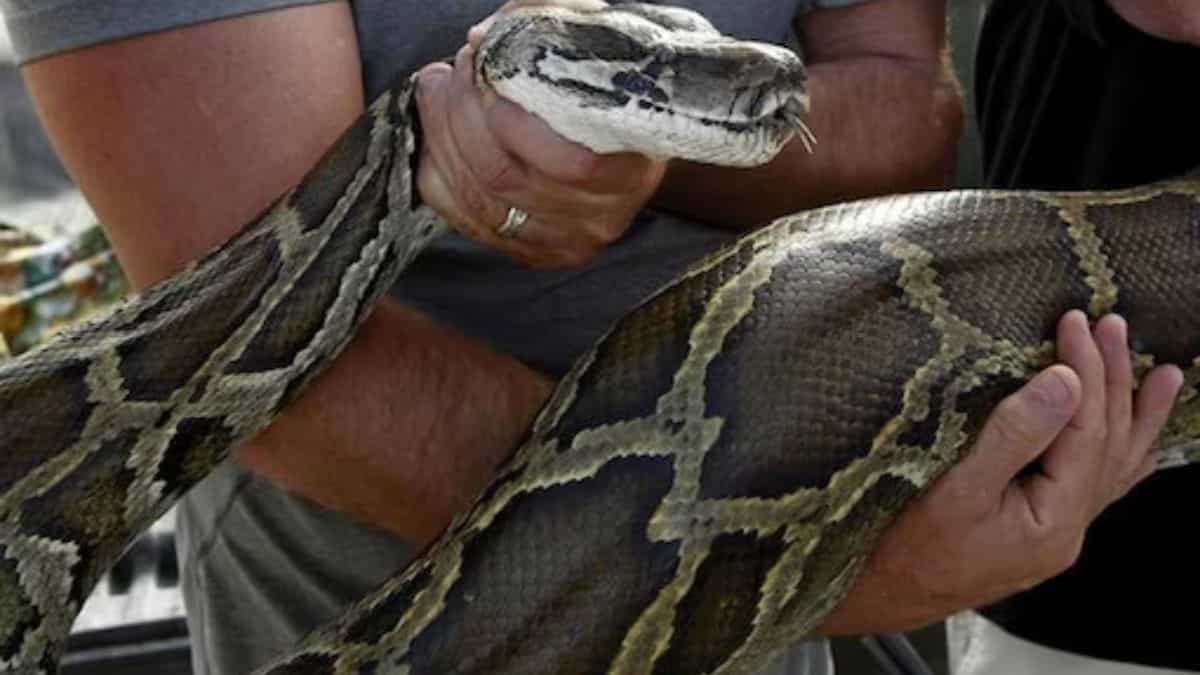 A five-year-old Australian child survived an attack by a giant python in Byron Way, New South Wales on Thursday. The boy was bitten and crushed by a python the length of an average car that dragged him into a swimming pool.

According to the boy’s father, Beau Blake (5) was reportedly swimming with his brother on Thursday when a 3-metre long python latched on to Beau’s ankle.

“We were sitting down watching them swim, just about to jump in the pool, and all of a sudden: bang,” Ben Blake, boy’s father, told media-persons.

“(It was) like a black shadow came out of the bush.”

Once the snake had latched on, Beau rolled and fell into the pool, and the snake quickly curled around his legs. His 76-year-old grandfather jumped in almost instantly and lifted him out the next moment.

“We both jumped up and ran to his aide,” Ben said. Once Beau was out of the pool, it took Ben around 15 to 20 seconds to pry the snake from his ankle.

The snake was then released back in the garden.

According to India’s Kerala-based Snakebite Initiative, snakebites affect the lives of around 4.5 million people worldwide every year; seriously injuring 2.7 million men, women and children, and claiming about 125,000 lives. Australia, despite fewer snakebite-related casualties, is home to the largest number of discovered reptile species (1.078), followed by Mexico (957), Brazil (814) and Indonesia (755). Only a handful of places in the world, including New Zealand, Iceland, Greenland and Antarctica have no reported discoveries of snakes at all.