Skip to content
HomeWorldAt UN, Iranian President Raisi targets US over nuclear accord, says ‘serious about reviving’ it 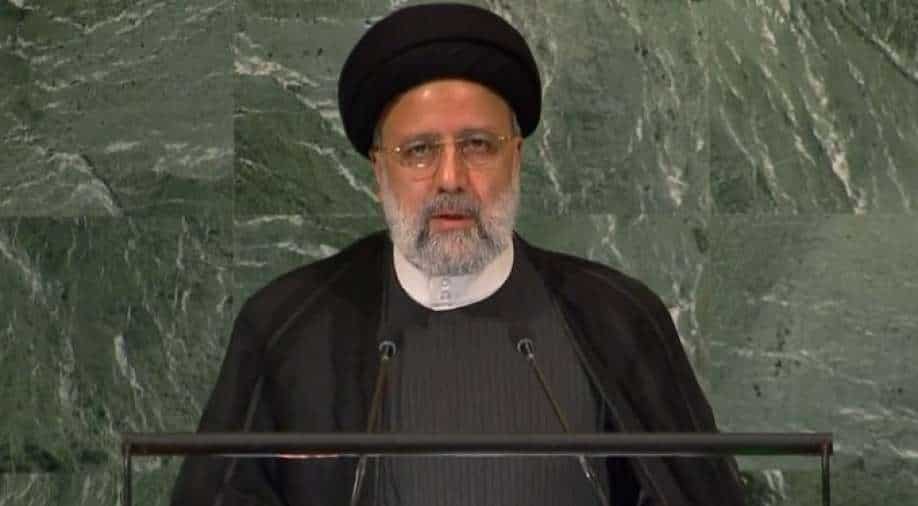 Addressing the world leaders at the 77th session of the United General Assembly on Wednesday, Iran President Ebrahim Raisi in his debut speech expressed displeasure over the breakdown of the 2015 nuclear accord and accused the United States of “trampling upon” Tehran’s aspirations.

The comments come days after the US said it didn’t expect a breakthrough in reviving the nuclear deal, putting Iran’s aspirations to possess nuclear energy in jeopardy.

“America trampled upon the nuclear accord,” said Raisi, who was sworn-in as president only a year ago.

The 2015 nuclear deal that was brokered under the Obama administration was put on a backburner in 2018 after then US president Donald Trump decided to withdraw from the deal claiming that it failed to curb Tehran’s missile programme.

Raisi asserted that his country was not seeking an atomic weapon and demanded US guarantees that it would abide by any revived nuclear deal.

“The Islamic Republic of Iran is not seeking to build or obtain nuclear weapons and such weapons have no place in our doctrine,” Raisi told the forum on Wednesday.

Raisi also praised his country’s track record in safeguarding human rights and slammed the “double standards” where the attention is “solely focused on one side and not all equally”.

“Islamic Republic of Iran, by taking aspiration from its constitution and the spiritual values upon which it is based, sees as one of the most effective ways to safeguard human rights, and sees it as one of its inherent duties.”

“Until we have these double standards where attention is solely focused on one side and not all equally, we won’t have true justice and fairness. Human rights belong to all, but is unfortunately trampled by many governments.”

His comments come at a politically charged time in Iran where women have been holding protests against the establishment over the death of a 22-year-old woman who was being held by the morality police for allegedly violating the country’s strictly-enforced hijab rule.